What is waiting for us there in future? There are many of us who are interested in this question, and there are a lot of answers - scientific, philosophical, amateur, but nobody dares to say that his or her variant is the right one. Project "The Float" - is a variant of the architecture on the water. Its idea is an adaptation to the environment. It can resist wind and water pressure, by swinging its shell, but leaving completely fixed central part - where people can live and work. The City is a structure that functions due to the energy obtained during the processing of the surrounding water and energy obtained by the motion of the shell. The City includes functional areas: air and underwater communications research (the study of underwater flora and fauna) including laboratories as stationary within the city, and mobile that can operate for a long time outside the city, the command center, as well as residential units and areas of active and passive rest are located in the surface part of the city. The main type of transport used for internal transportation - bicycles (for physically disabled people there are additional devices to make the movement easier). To travel over long distances air and underwater vehicles will be used. This project provides life even in stern climatic conditions like: the lack of oxygen in the atmosphere, when the city operates behind closed doors. Working in normal conditions - "Floats" may be collected in the metropolitan area. This project includes the development of a mini-city that will support itself, and will function in the absence of the land.

Descriptive of Author : The union with water 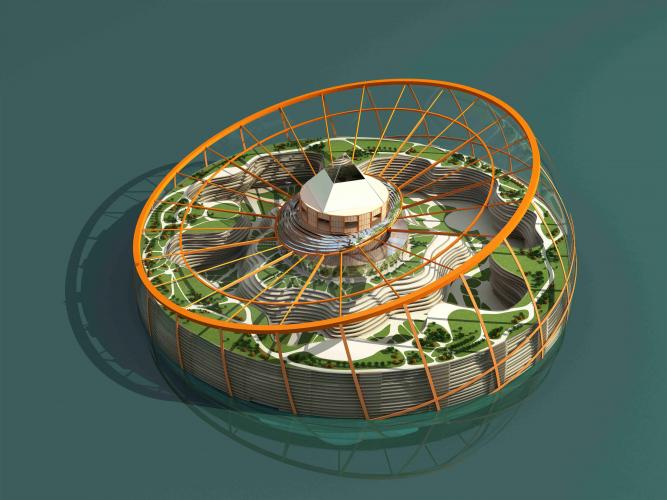 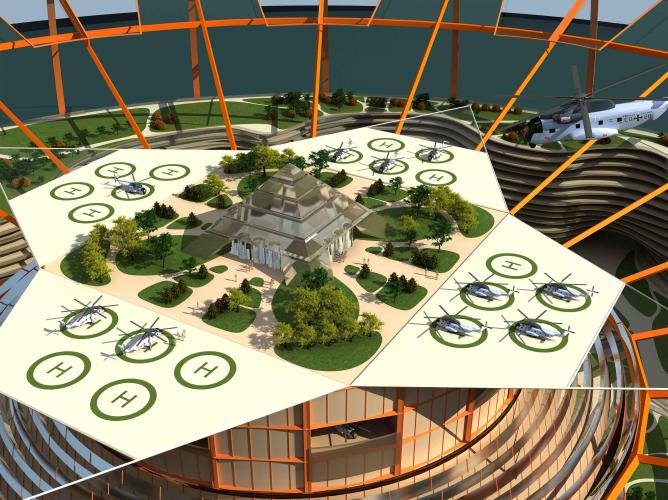 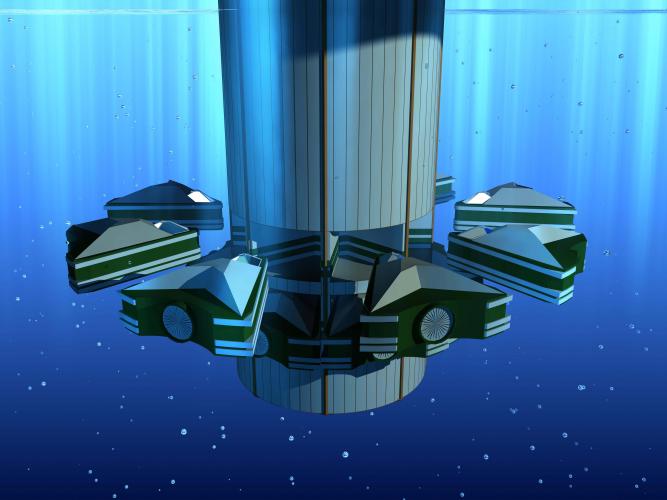 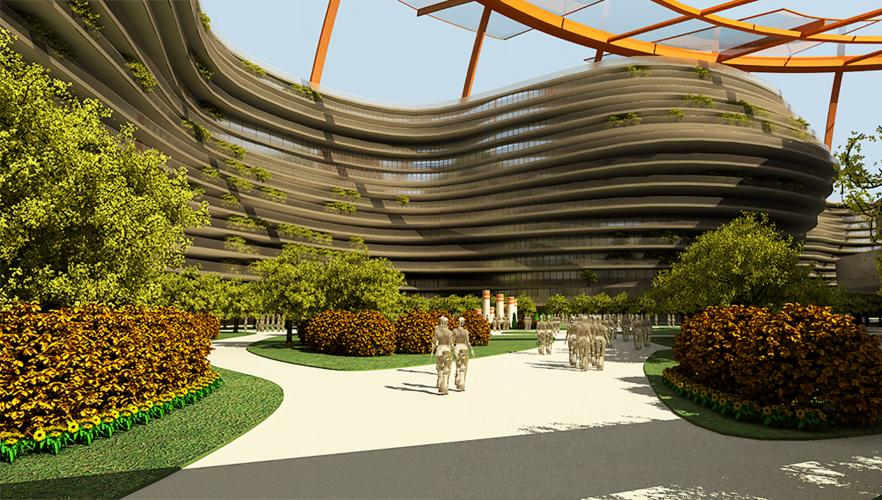 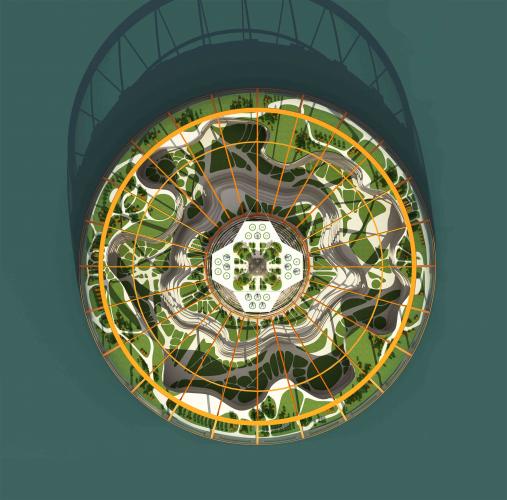 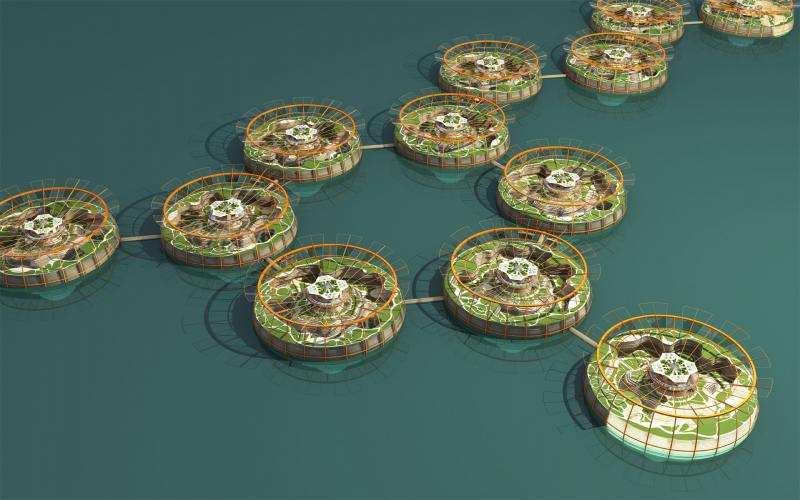