Nowadays, Olympic Games are becoming a place of city representation, every city looks forward hosting this event. Every four years, infrastructures are built for this event that lasts only two weeks. The multiplication of buildings in the city has a price. Every four years, the same outline happens, every Olympics Games are loss-making. The fundamental principle that are developed here, are an Olympic retractable superstructure, through a supertanker to respond to the sea level rise stake. This huge structure carries at its bow the Olympic Flame which travels in different globe’s sea and oceans. This autonomous object can moor in different harbors and we can even imagine, that one day, Olympia Navis could moor in a floating Manhattan build around New York. 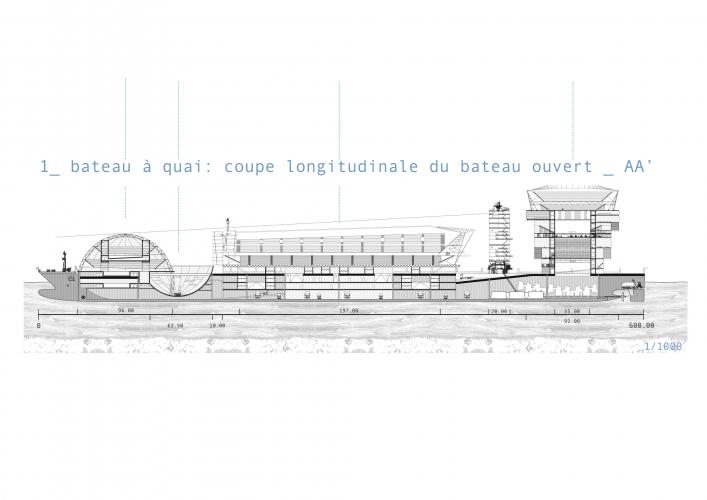 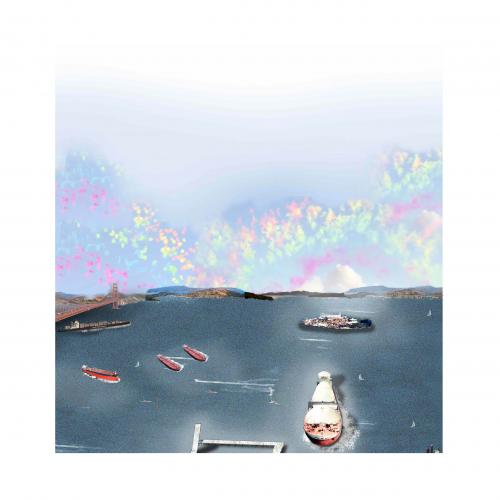 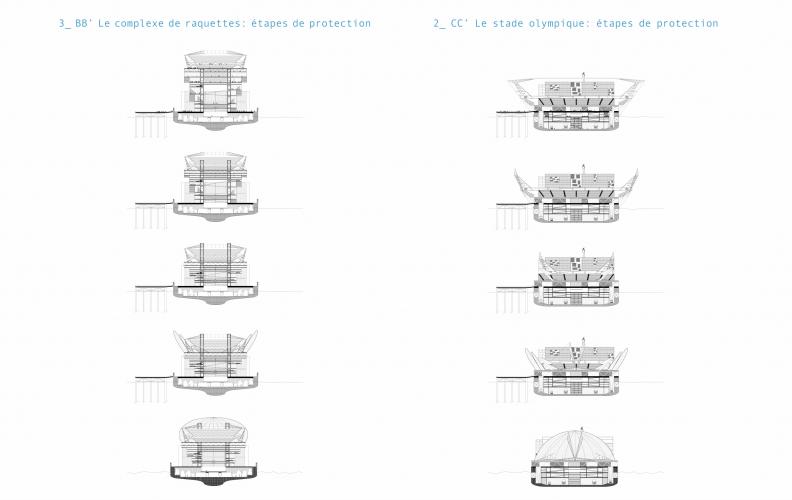 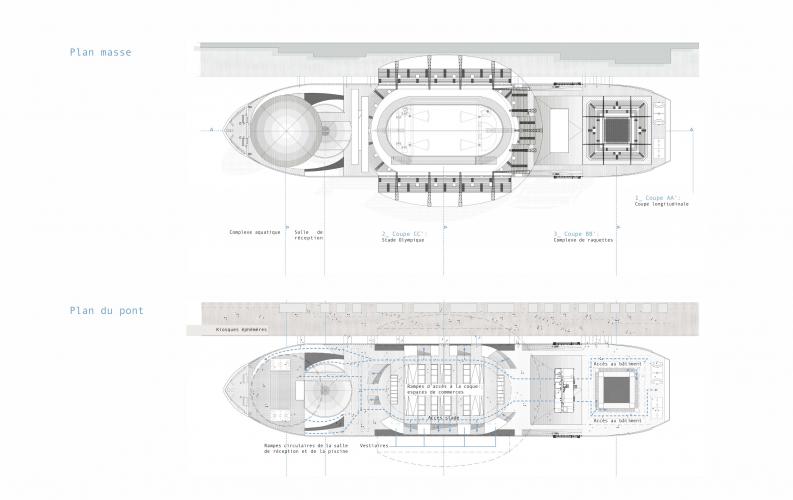