Since the beginning of the Industrial Revolution, the level of carbon dioxide in the atmosphere, and hence in the ocean's surface waters, has increased by almost 30 percent. Although there are considerable efforts to mitigate and lessen the consequences of large scale industrial production to the planet’s atmosphere, there is little chance it will make significant impact within this century. And by the early 22nd century we can expect catastrophic acidification of oceans, nearly 5 times that of today, due to absorption of CO2 from the atmosphere. What if we could reduce the effects of increasing concentration of CO2 , delay their devastating effects until we develop technology to better control them by using and quickening planets natural systems of CO2 balancing? What if the human kind gathers its resources, create a sustainable depositing options for CO2 with current technology and start a radical, new and sustainable way of living? Nature itself creates CO2 sinks, unique locations where CO2 already absorbed in water gets pulled down to the depth where it becomes liquid and effectively inert for hundreds if not thousands of years. It does slowly resurfaces and impacts the acidity of the ocean, but even world leading chemists and marine biologist agree that that impact is spread out trough large enough time period that it is not nearly as significant or dangerous as current trends or depositing options. This can create an incentive for the worlds governments to pool their resources and create a system of depositing CO2 , cleaning our atmosphere and creating post-industrial, sustainable and ecological societies on the oceans surface. There, societies can avoid current problems of land division, overpopulation and lack of recourses simply due to the fact that oceans not only cover 70% of the planet’s surface but they are also utterly unexplored regions of our planet, with just 5% being reached by man. There is a possibility to create a society totally independent of fossil fuels, land disputes, large scale heavy industry, a society that breaks its ties with old ways and starts a new on the sea. Economy that can be based on depositing CO2 for the world, basing itself on hydrogen and sustainable energy options rather than fossil fuels. We could create society on the ocean, rather than on the land. A humanity on the water. Floating cities, ecosystems that become new lungs of the world. Forests on the ocean. Trees that can singlehandedly reduce the amount of CO2 pumped out by industries, while still sustaining its inhabitants. We could create a ‘’Tree of Life’’.

Descriptive of Author : Tree of life, tree of wisdom, holy tree, tree for a new civilization 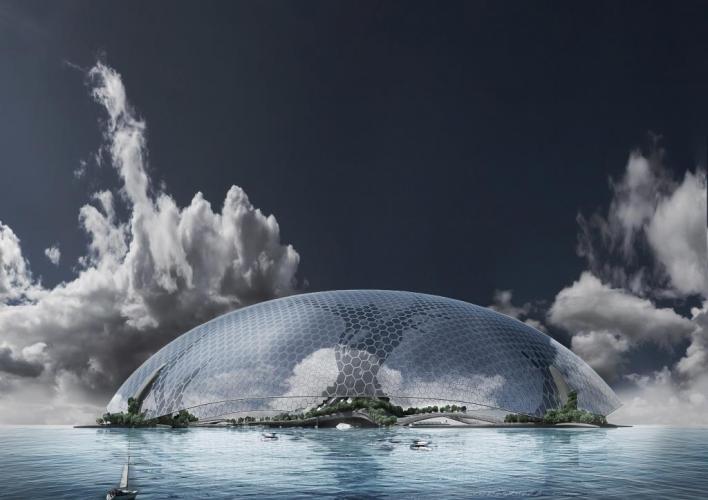 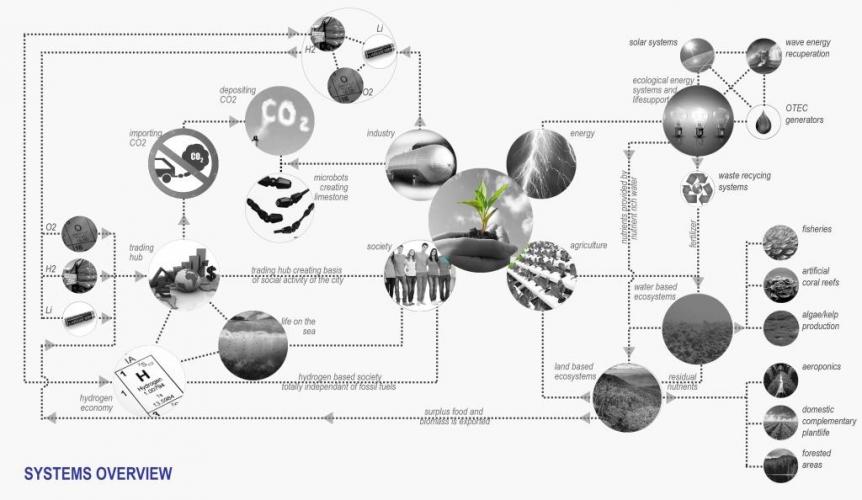 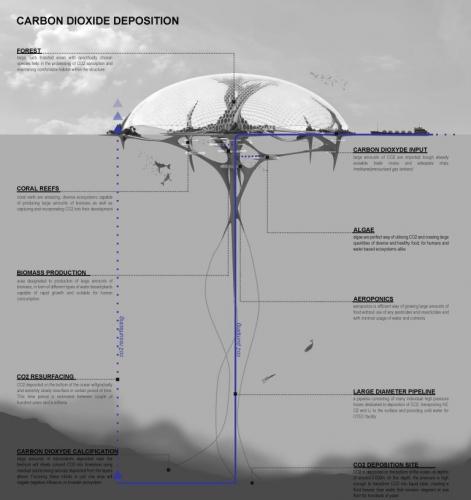 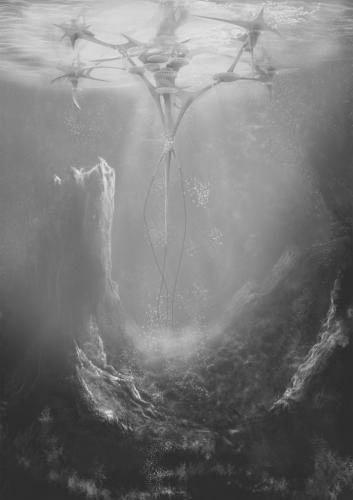 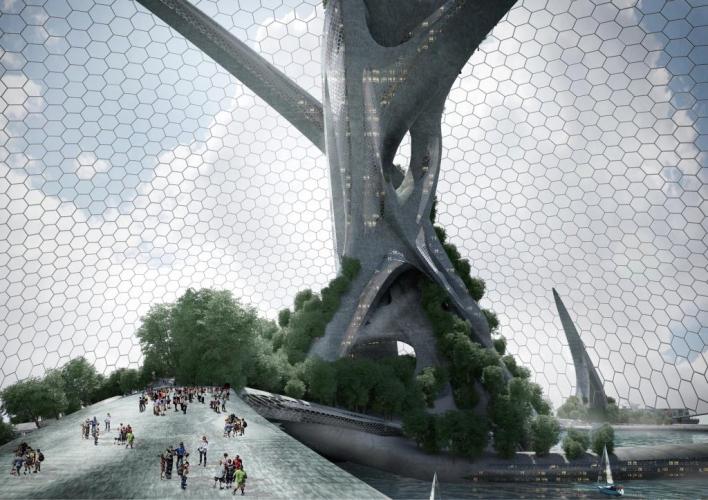 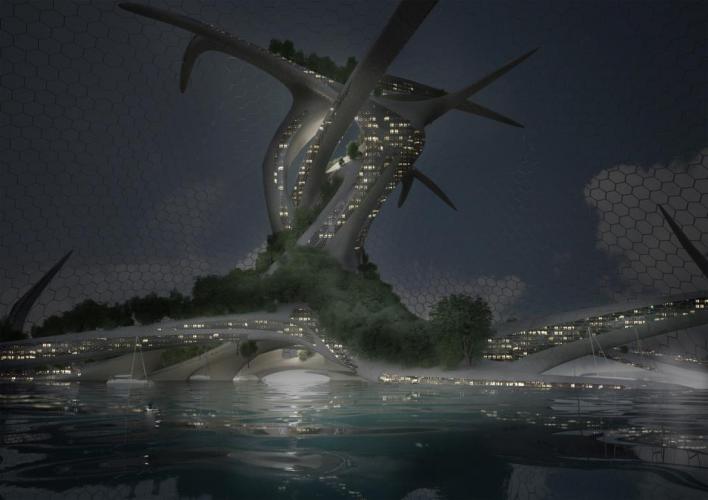 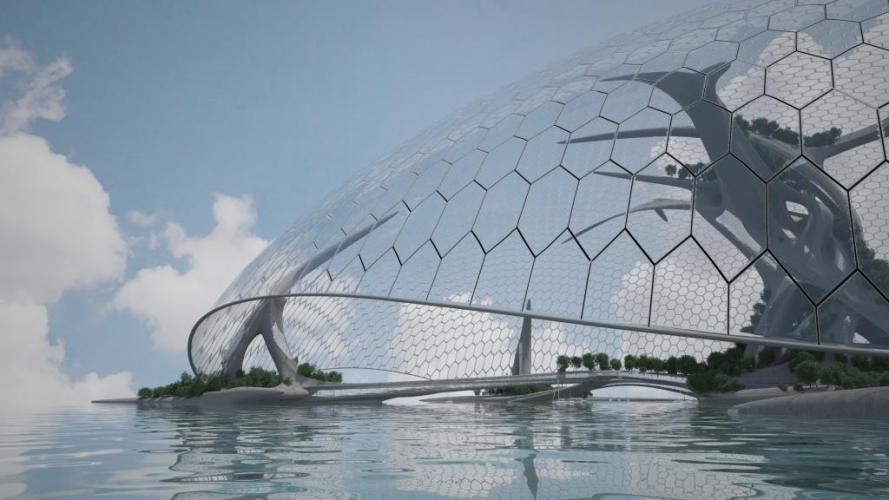 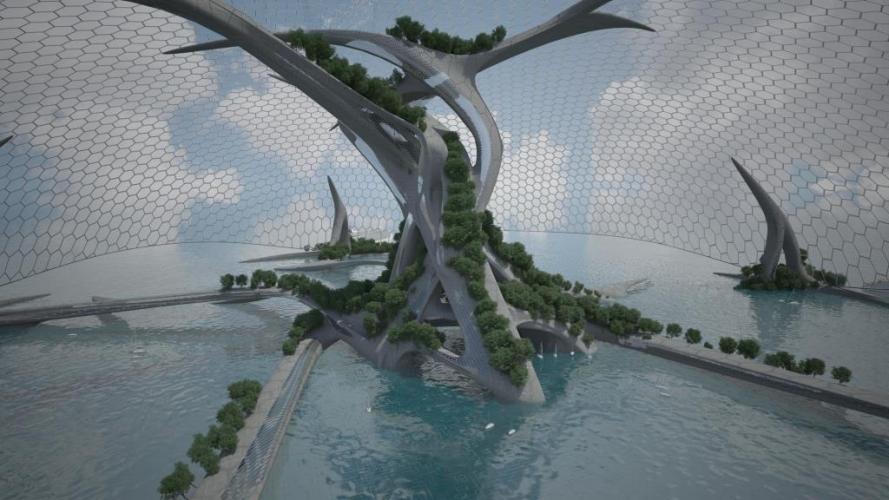 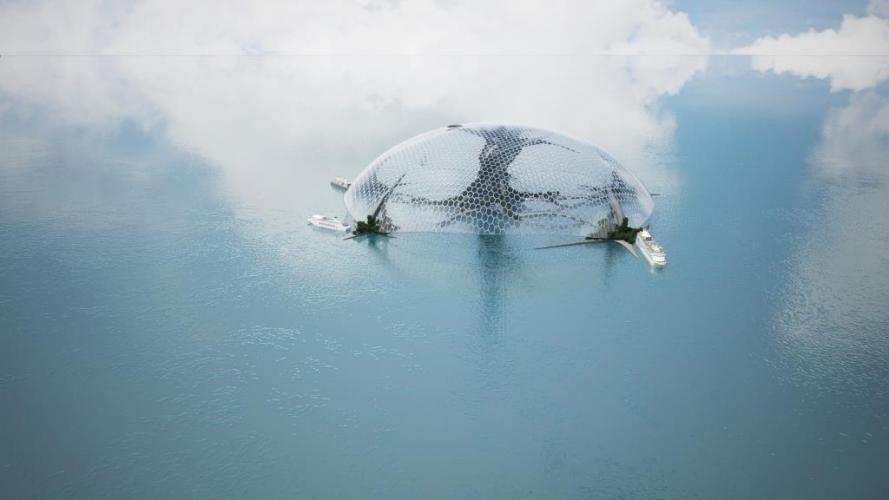