The idea was to create a recreational complex with an artificial environment, insulated from the harsh conditions of the Arctic. Primarily the project is aimed at seafarers of the Northern sea route, as well as employees of oil and gas stations. In fact the complex is a mini city. Represented all spheres of human activity. The complex is fully Autonomous from the engineering point of view. Environmentally clean project. Provided intake system, desalination and disinfection of sea water, further treatment and reuse. Waste is recycled and transported to the greenhouse as fertilizer. The complex is equipped with an independent power. Also developed systems of alternative energy generation such as wind turbines, generators, underwater currents and the generators of a temperature difference. A nuclear reactor is designed to provide people's needs in electricity. Alternative energy generation is designed to maintain the continuing operation of the complex, including constant rotation around its axis, which provides additional stability to the complex and preventing the formation of ice. There is a system of subdivision of the floors. In case of fire, people were evacuated from the compartment with the fire and the compartment closes automatically. After this trigger system automatic smoke removal. Also provides pressurization system in an evacuation stairwell. 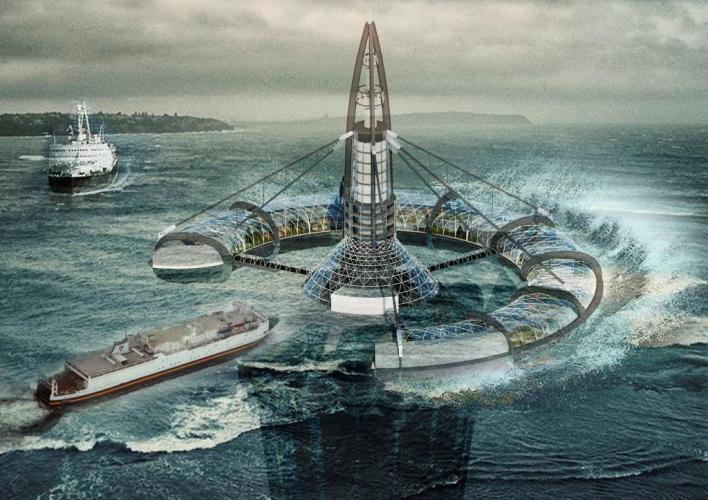 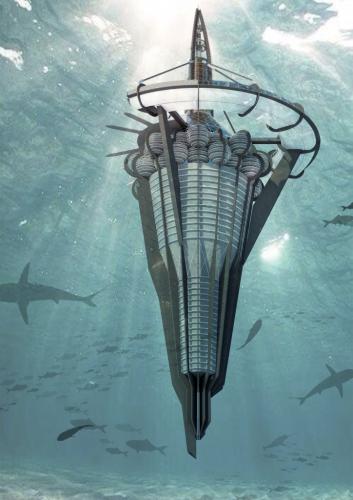 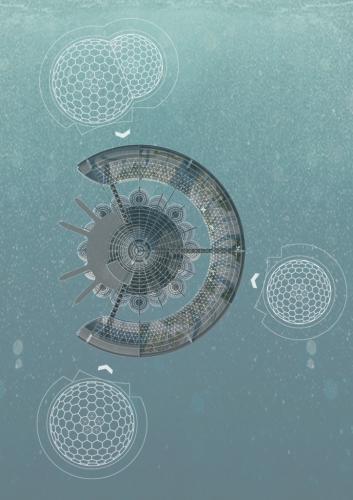 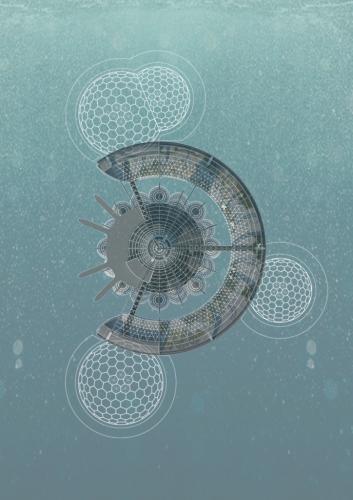 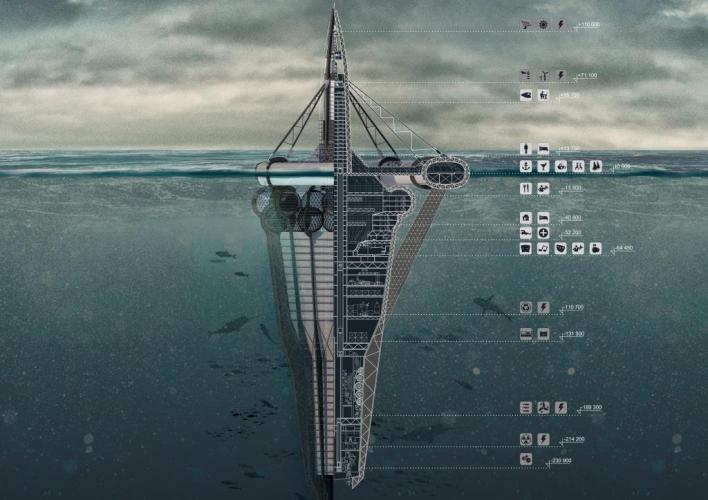 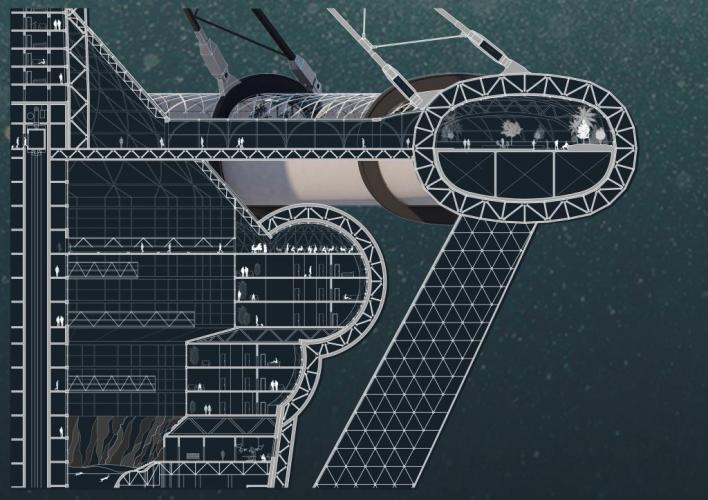 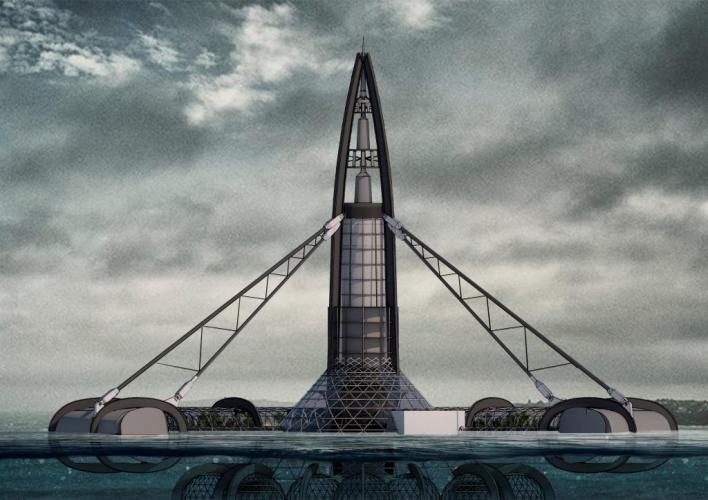 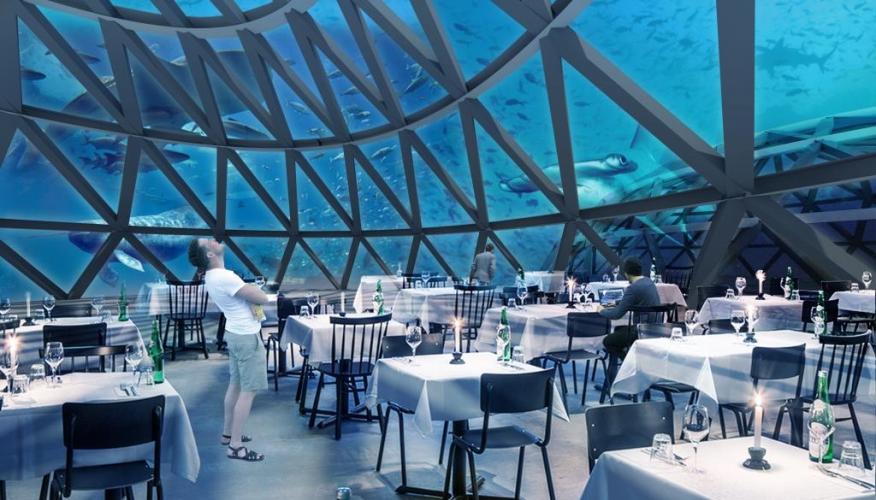 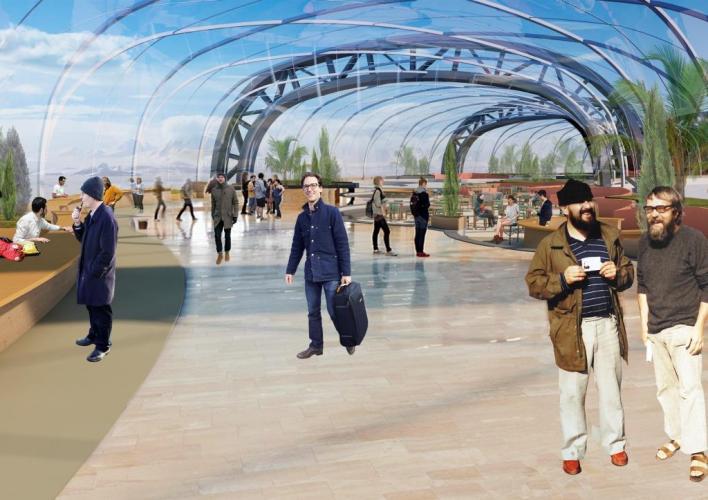 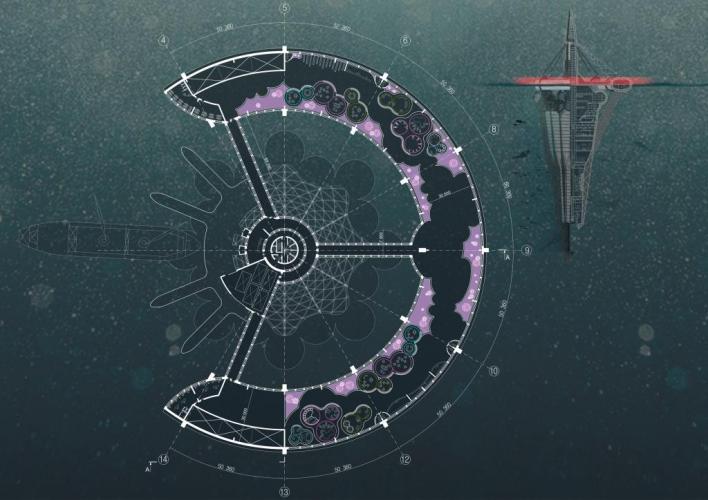 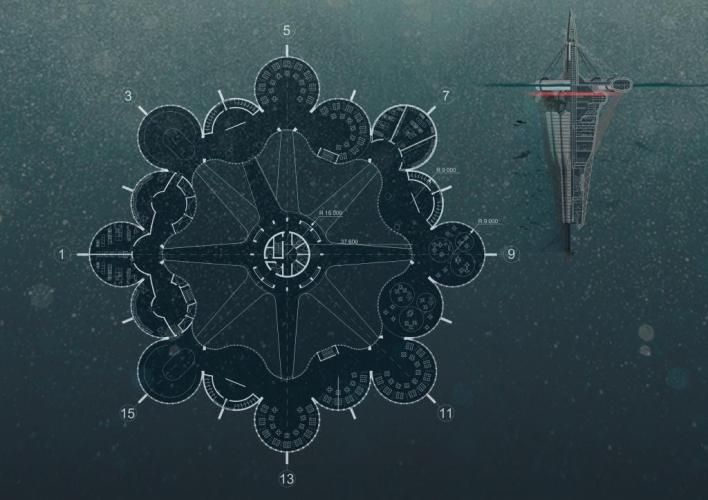 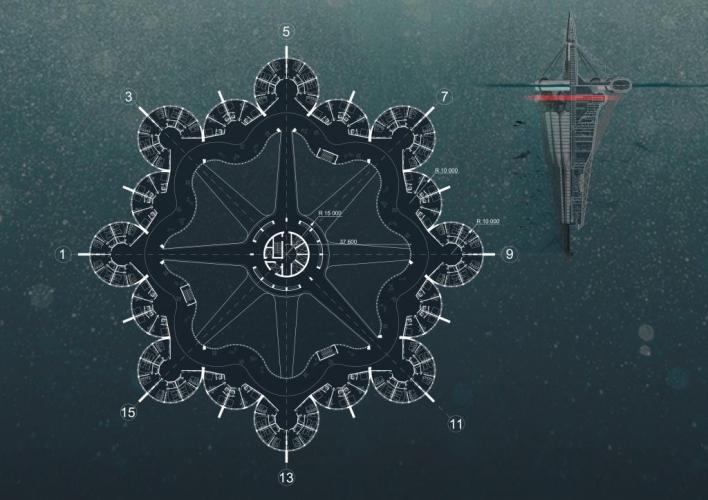 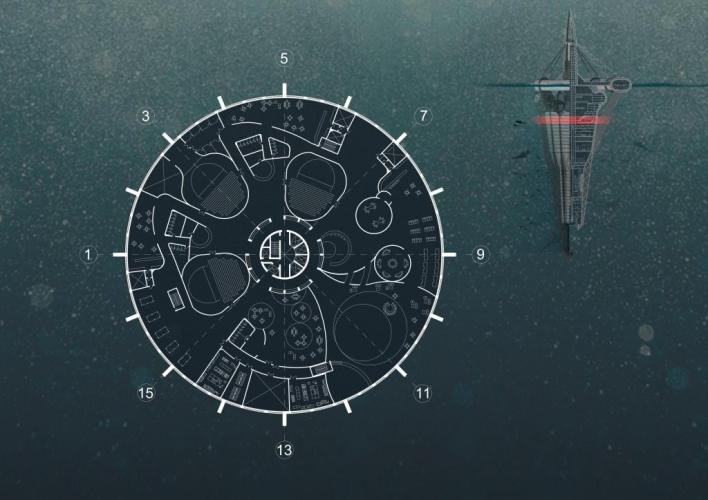 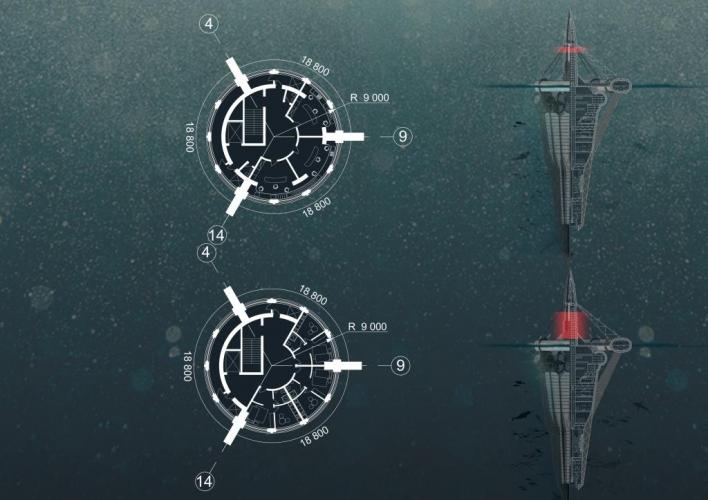