New York City and its surrounding region are home to at least nine typologies of coastal conditions. These coast lines provide habitats and migratory routes for numerous species, offer recreation and beauty to our populations, and as a result of these attributes, they are often viewed as prime sites for locating and developing communities. The Rockaway peninsula in Queens, New York, is one of these complex environments and a prime example of an urban coastal community. It simultaneously functions as a habitat for coastal flora and fauna while serving as a coveted place for urban human habitat and recreation. It is also a vulnerable place, with double exposure to water from the Atlantic Ocean to the south and Jamaica Bay to the North. In 2012 the community suffered immense damage from Hurricane Sandy, from which it is still recovering today. With the threat of sea level rise and more frequent storms on the horizon, we were asked to re-think how this community might live at the water’s edge. To address this complex site and set of challenges, we developed a flexible kit of parts called FRED. Comprised of a system of dunes, piers, and housing clusters for a population of 4500 people, the design creates a practical solution, replicable on many coastal sites up and down the seaboard, and adaptable to the many potential economic and physical constraints of this project as it moves forward. This systematic solution can adapt to rising sea levels and groundwater tables while maintaining its intended ecological and recreational functions, protect local communities against storm events without detriment to surrounding neighborhoods, and create a strong architectural identity and a unique sense of place within a coastal context. FRED imagines a new way for New Yorkers to live at the beach, one that borrows equally from urban and coastal patterns. Dense clusters of housing nestle into protective dunes; paths wind through native habitat; piers pass overhead, connecting neighbor to neighbor and city to beach. Robust systems of parkland, water management, commercial activity, infrastructure, domesticity and energy weave together, horizontally and vertically, to create an architectural fabric and a community that is both adaptive and resilient, nostalgic and forward-thinking. 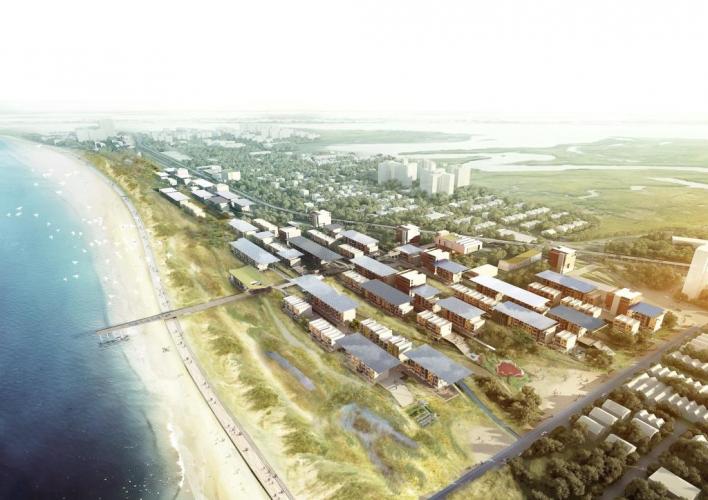 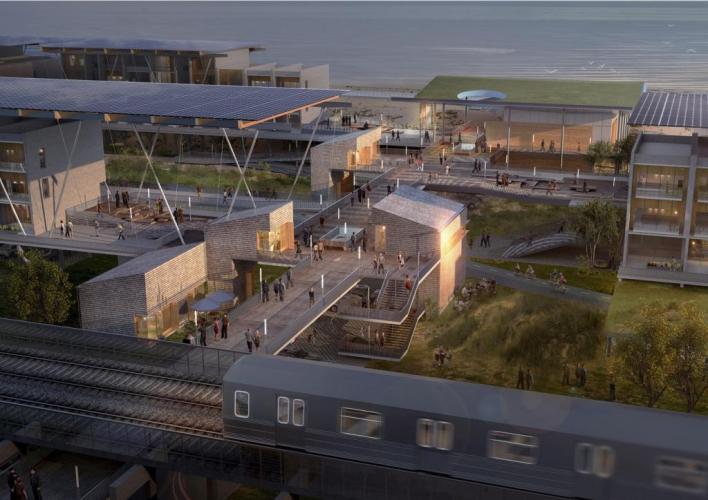 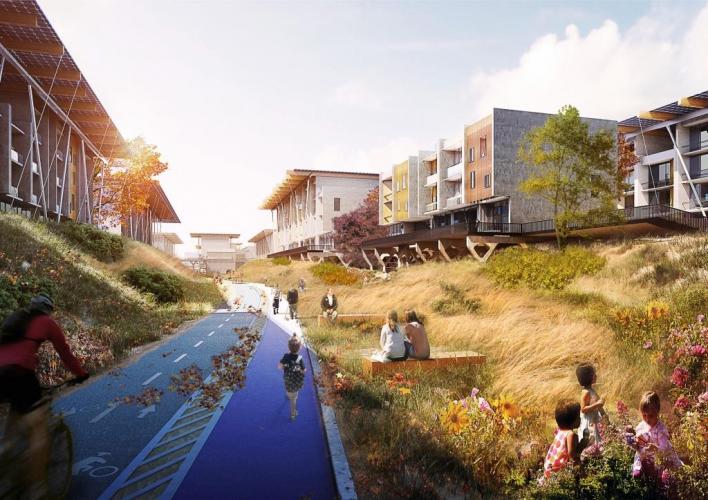 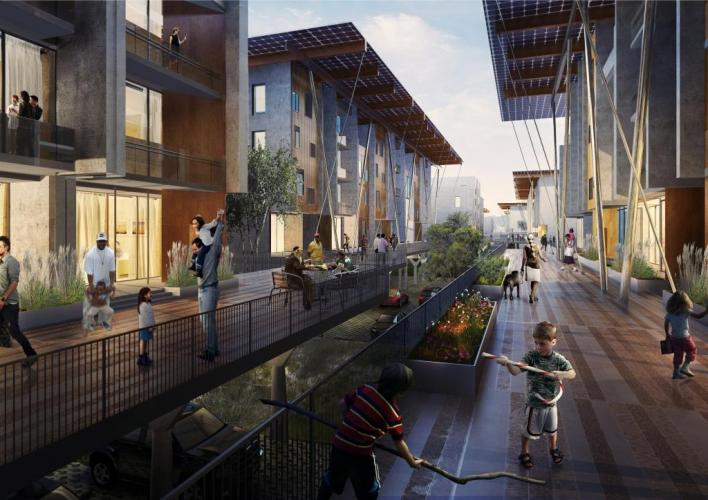 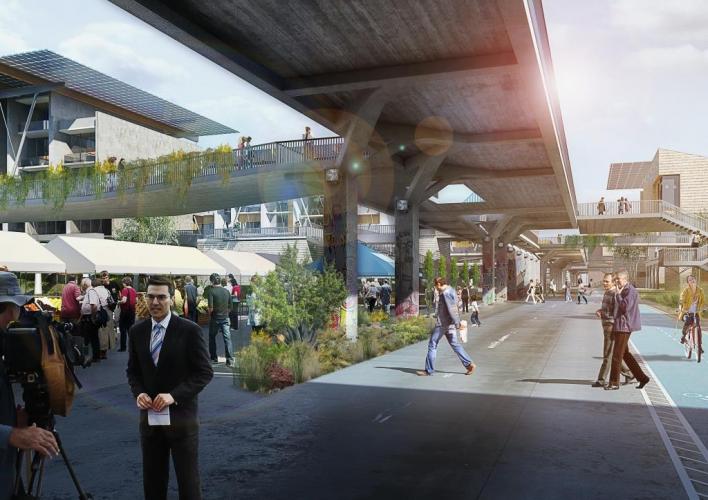 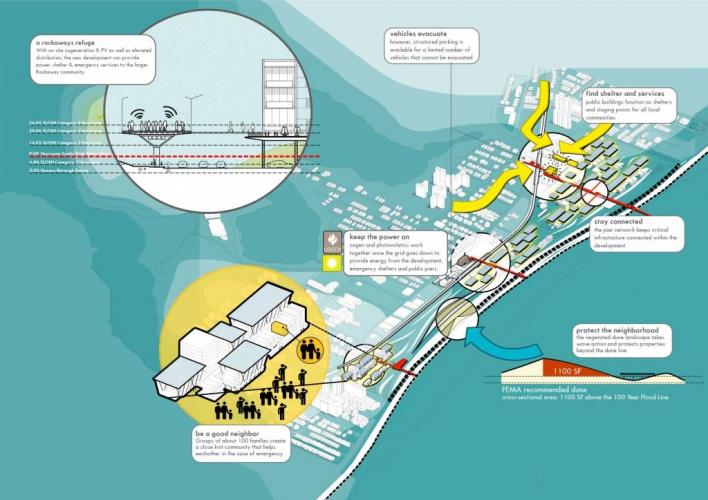