Hess represents a solution to the most important problems that our contemporary world is facing: depleting natural resources, pollution, climate change and the low use of sustainable energy. The project is located in the Maunsell Sea, approximately 8 miles away from the nearest British coast. The site has a long history that dates back to the Second World War being used as a strategic offshore against Germany. It has been chosen for the purpose to create a manifest regarding the bad utilization of natural resources and exploitation of non-renewable energies. The complex is designed with the possibility to expand in the nearby future as a self sustaining island (modular hexagonal floating platforms). The nucleus of the artificial island is made by seven forts that were kept in the initial state, with a minimum intervention, having the purpose to revitalize this important historical area. The benefits of magnetic field were studied by Nikola Tesla in the late 19th century with the goal of creating a new independent source of energy. But during the Second World War, the magnetic field wasn’t used for this cause; it was instead used for destruction (same as for the nuclear energy). Now Hess project will use the magnetic field in a constructive way, to create a self-sustainable island containing housing units, a scientific complex, public agora, greenhouses, gardens etc. The new construction creates a protection for the existing forts embedding within most of the sustainable technologies and housing. The shape of the protection is similar to a space station (a circle form). The sea can be perceived large and isolated, without limits, like the outer space. The feeling of isolation when you are in outer space is diminished by the circular form of the space station. The same goes for HESS project having everything that is necessary to sustain a normal living inside this construction. The food is cultivated in the gardens above the housing and in special LED greenhouses. The necessary energy is generated by several magnetic engines located inside the 6 sustaining piers of the circular construction. Also large glass-based panels form the envelope of the building– both transparent and opaque are embedded with PV cells. The water needed for plants and humans is obtained from collecting rainwater and desalination, using power from the generators and PV. The greywater is purified in the wetland system also inside the construction, meaning that the recycled water does not pollute the sea when it is discharged. The complex has a waste management for recycling and reusing, therefore the project mimics the ecosystem process. Hess project has a green agora constructed above the water with floating platforms (hexagonal shape) that can sustain walkways and green spaces for both scientists and tourists. 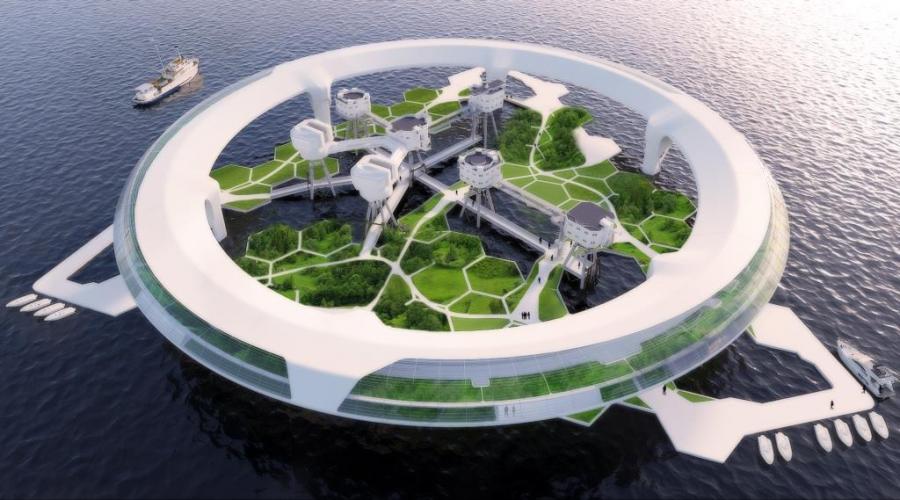 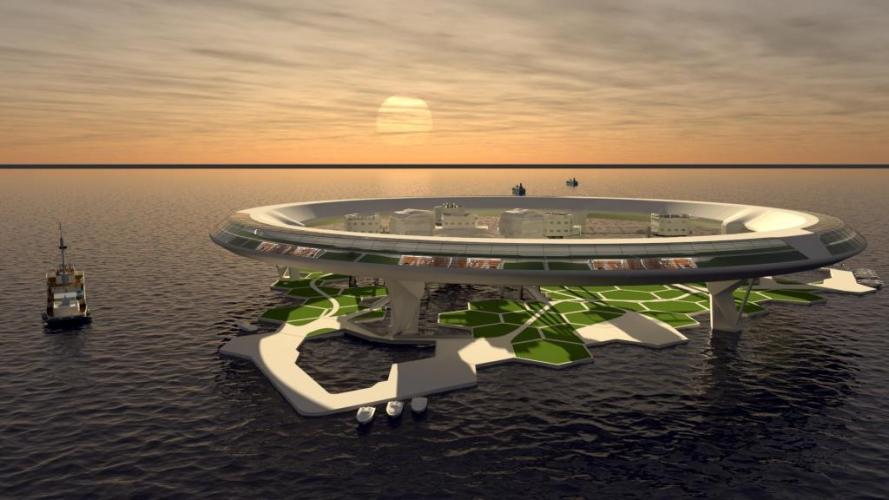 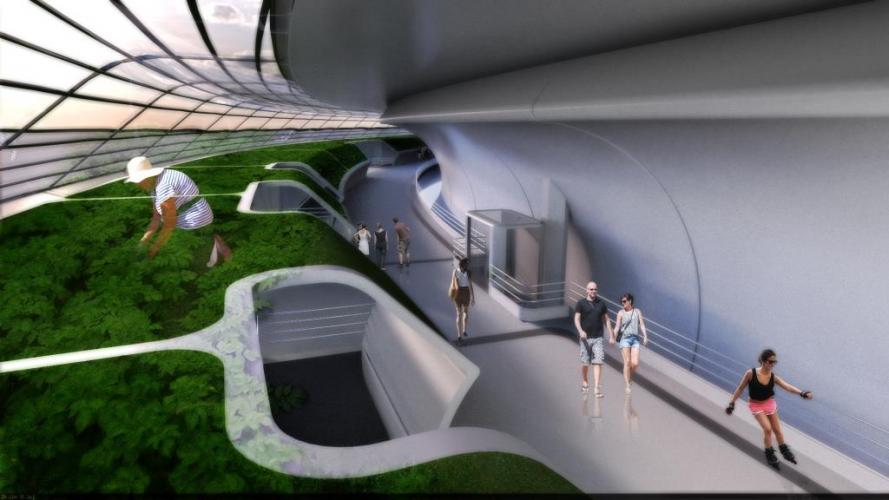 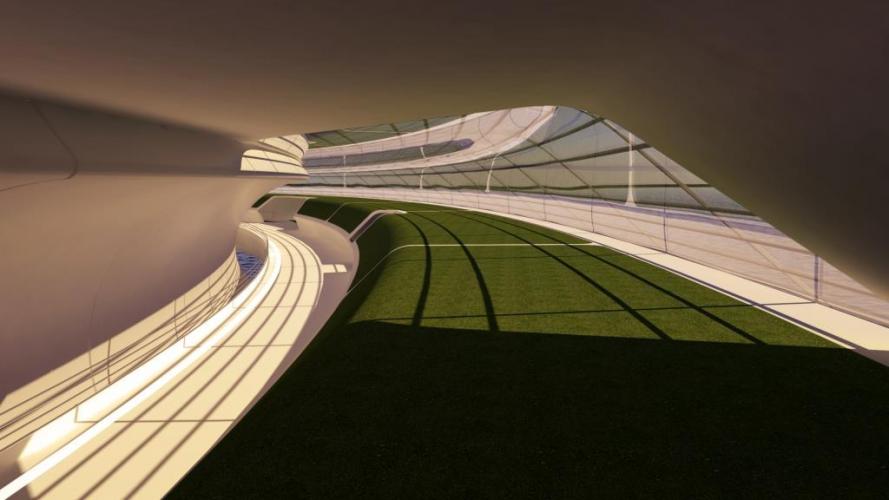 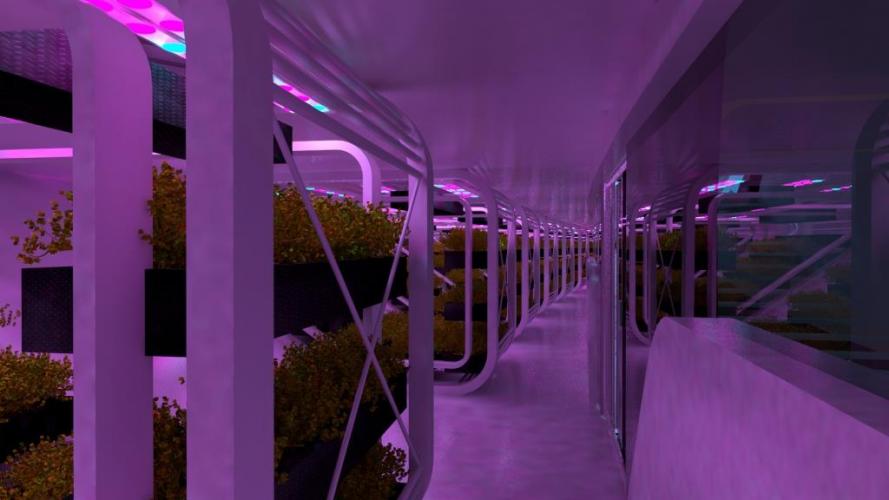 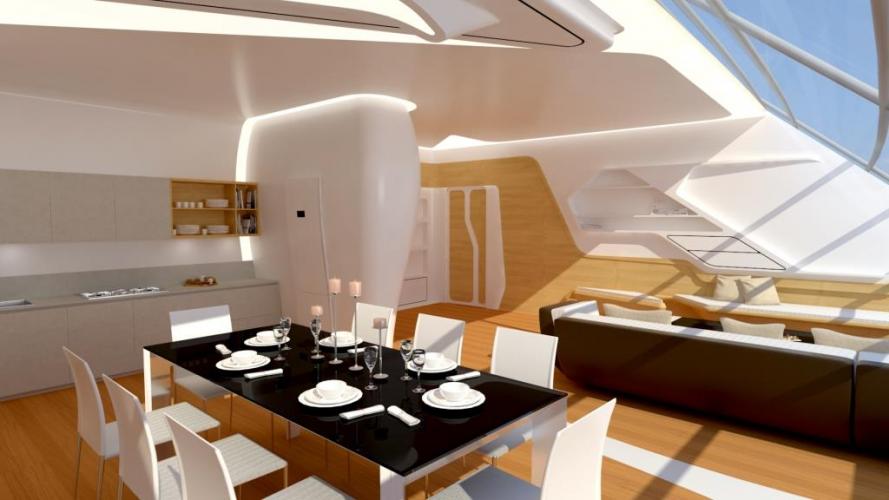 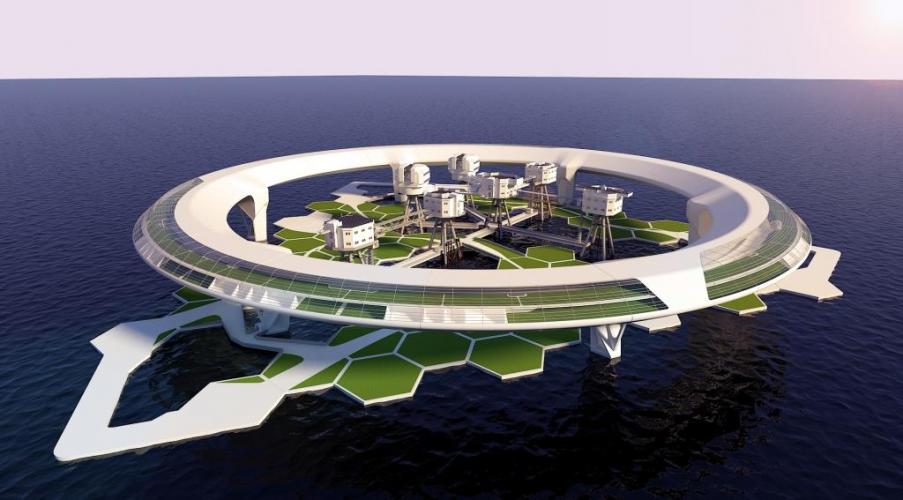 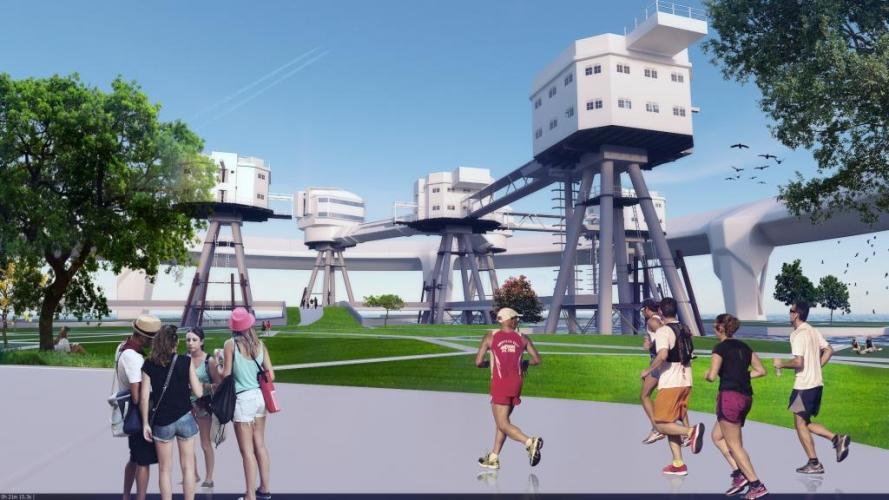 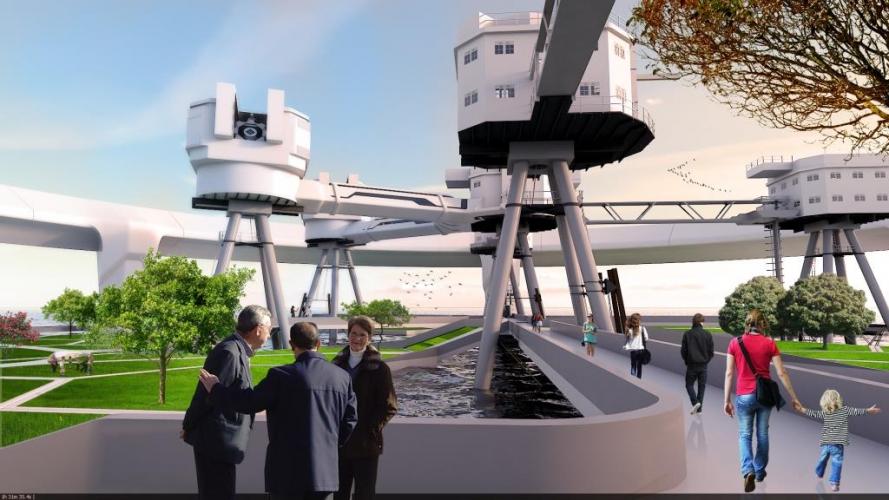 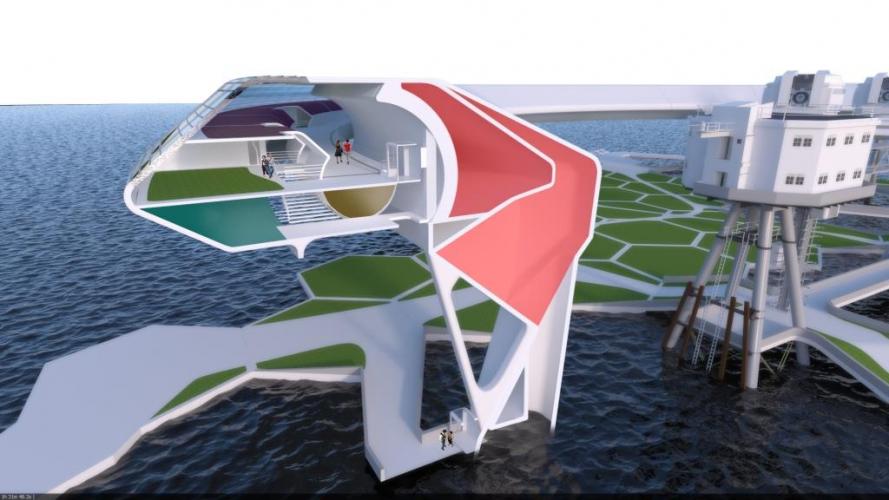 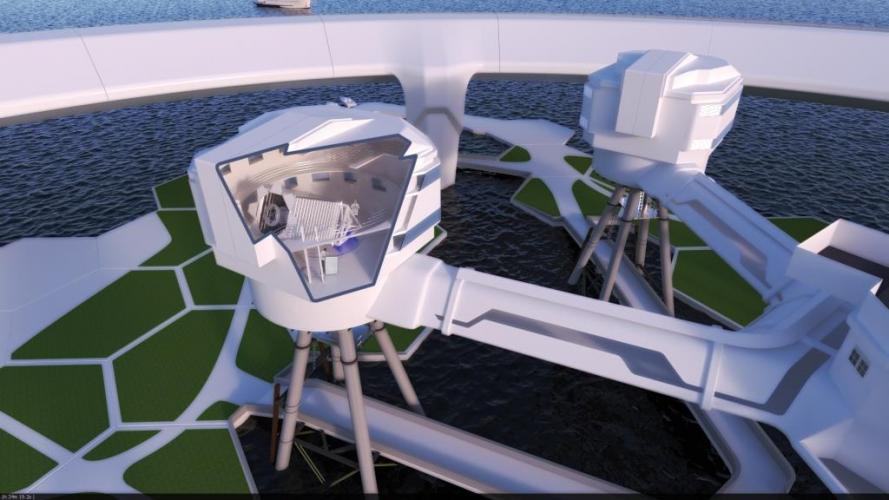 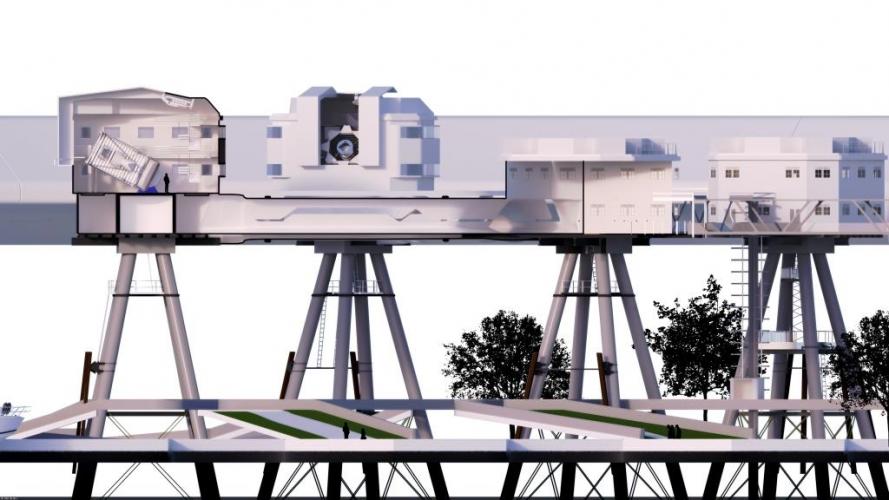