The project increases the capacity of the district to adapt, survive and grow regardless of the risks it is subject to in the future, by means of climate dramatization. Water should not be seen as an enemy to the city but as an element necessary to its survival. Resilience occurs by giving back to the sea what was taken by the city without destroying what was built there. During storms, street channels guide water and permit the phenomena to be seen. The energy produced by the East River is transformed in an educational building at the heart of the narrows. An existing structure which can be used by a bridge as an abutment also serves as a support for the added energy transformer. The framework is progressively urbanized with structures suspended over the water extending the new ground level of the neighborhood.

Descriptive of Author : Living with water as a regular visitor and using it as a new project space 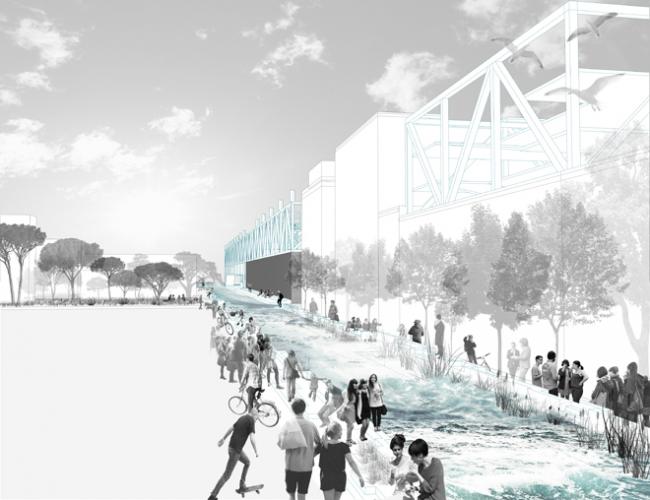 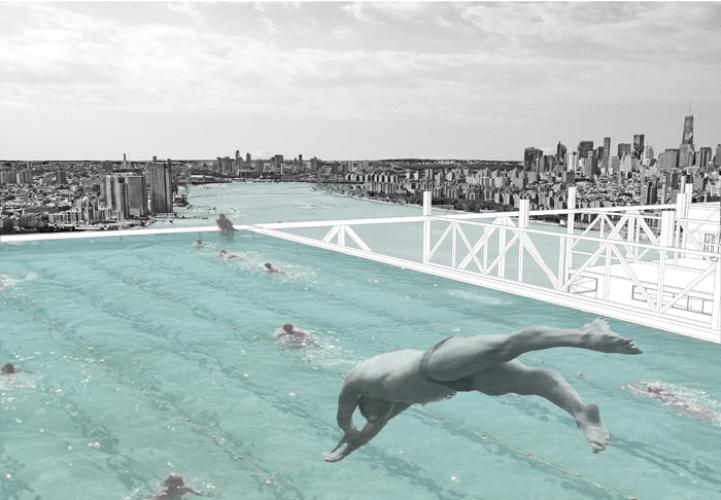 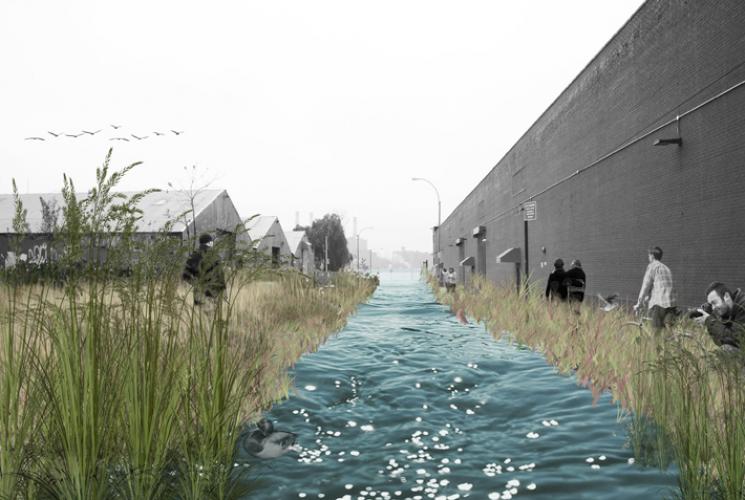 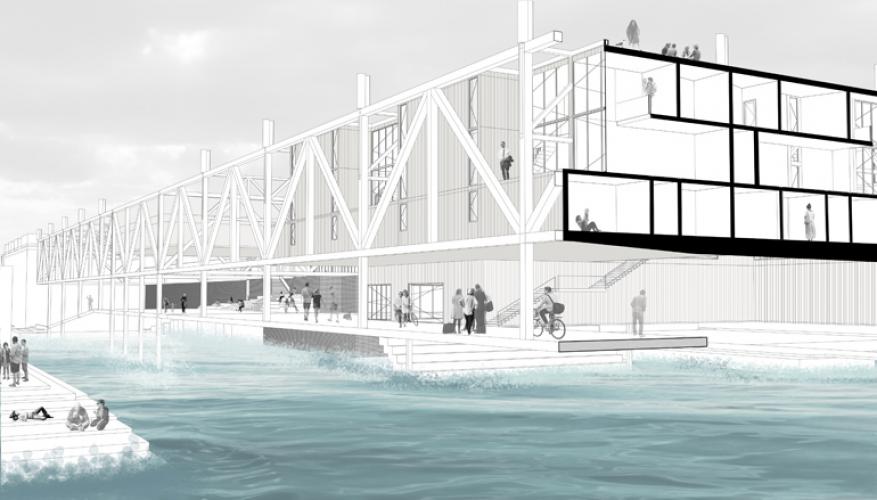 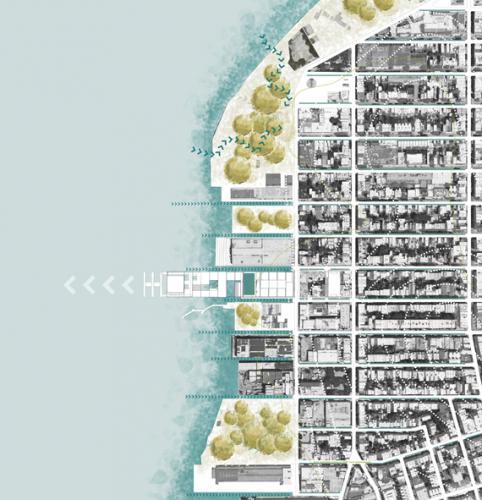 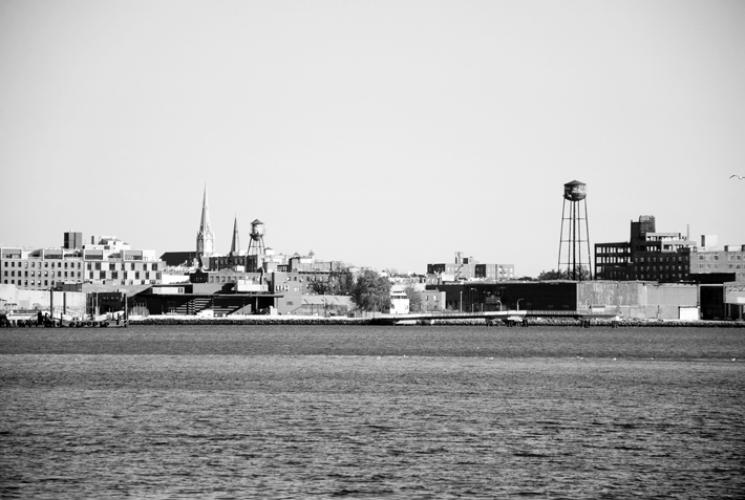