This project looks to solve the extinction of coral reefs by utilising the substantial revenue from tax evasion to fund their restoration; which in turn will support food chains, scientific research, tsunami protection, tourism, nutrient cycling and ocean fish stocks. This is made possible by creating a new micro-sovereign nation at sea, a far-left wing concept known as Seasteading. The proposal is a rigidised foam-inflated pneumatic structure arranged as a series of linear accommodation elements that weave around one another to maximise vistas of the regenerating reef. The prefabricated structure is transported on a semi-submersible ship to each dying reef, allowing for the formation of a new de jure sovereign nation in International Waters as soon as it is permanently colonised. The structure is designed as a series of interlocking closed loop systems, where waste from one system provides food for the next. For instance, exhaled carbon dioxide from aquanauts is harvested by a microalgae system and returned as a fresh oxygen supply. Human waste also feeds this system, and the biomass produced as the algae grow is used to feed fish in floating fish farms, providing the seafood expected by super-rich tax evaders. Their payment funds the mineral accretion technology that is used to accelerate coral build up over the structure’s surface. This technology works by attracting layers of corallite skeletal build up; combining the natural geometric strength of inflated forms with the material strength of limestone. It has two major benefits: coral reefs can withstand higher sea temperatures and ever-increasing ocean acidification. Internally the building acts like a resort, complete with bar, restaurant, casino, private submarine hire and diving facilities. The visuals demonstrate the coral reef growth over several decades.

Descriptive of Author : Seasteading as a Catalyst for Coral Reef Restoration 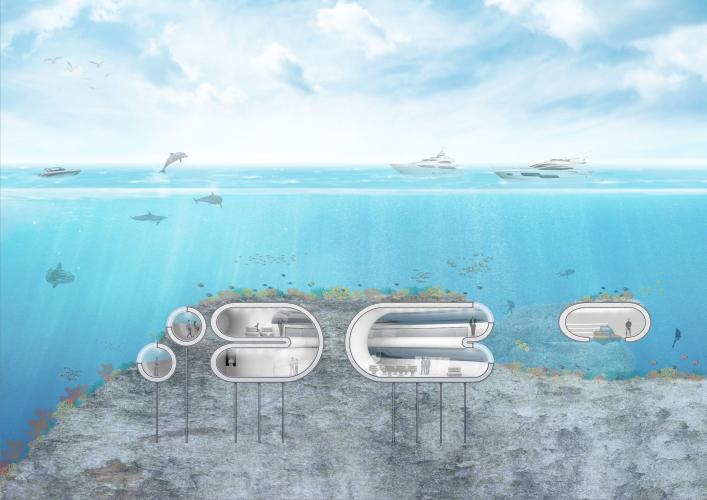 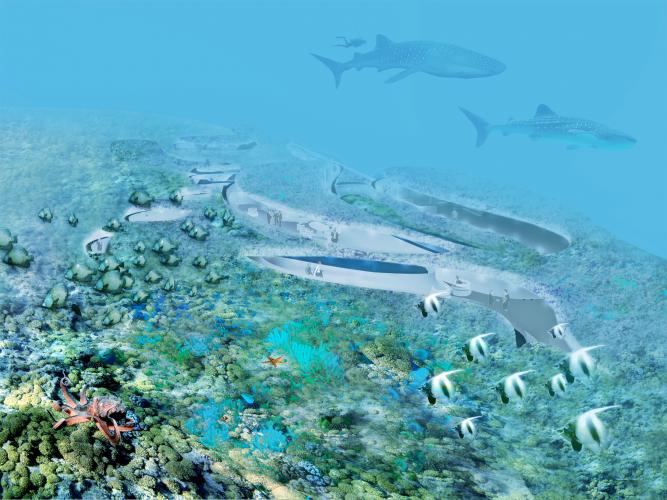 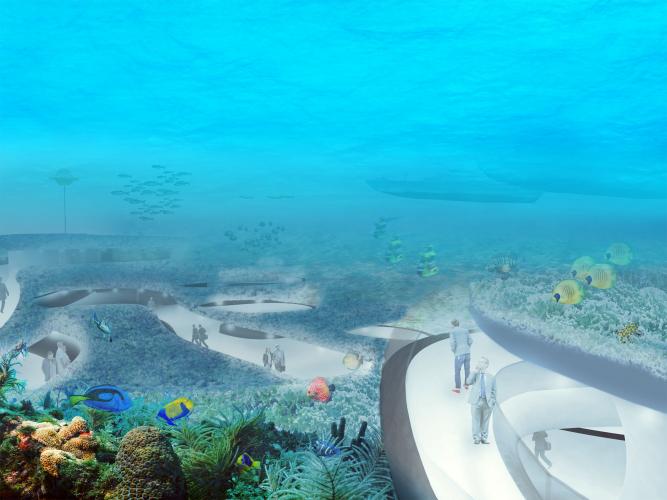 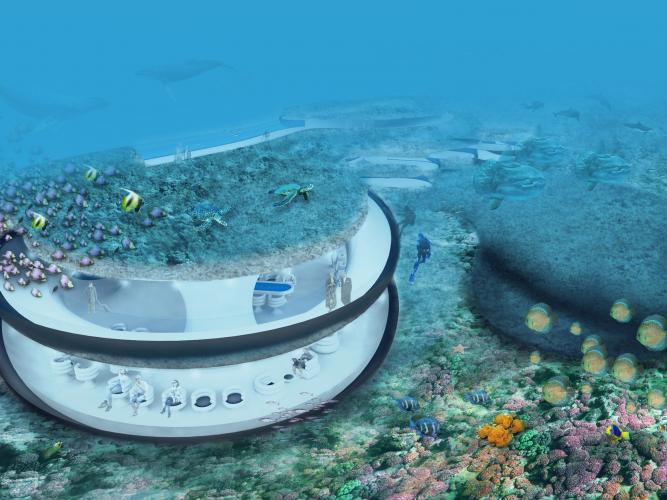 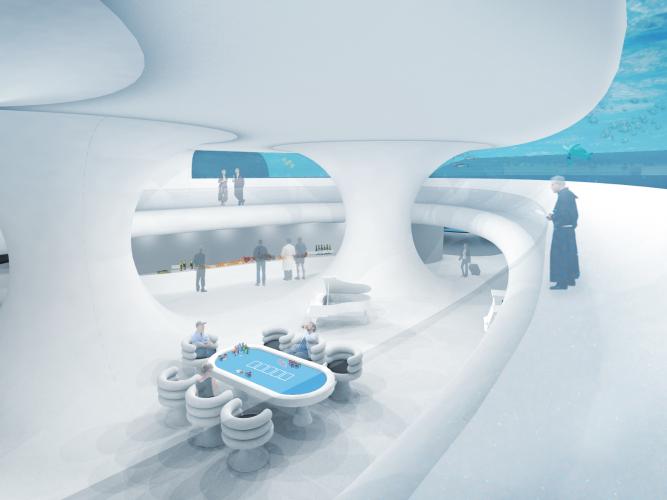