The Canadian Arctic is a vast landscape dotted with remote communities whose lives depend on natural cycles for subsistence. While imagining widespread distribution, Buoyant Light is sited in Igloolik, an Inuit community of 1600 at 70o North. As an island, Igloolik is especially vulnerable to changes in sea ice concentration--a byproduct of increasing global temperatures and sea levels--which affects safe hunting and travelling. Contrary to indicators in the rest of the world, Arctic sea levels appear to be falling. This phenomena is the result of complex changes in temperature, water salinity and ice thickness. Yet, similarly to the rest of the world, the changing sea level brings with it more dramatic fluctuations in the Arctic ecosystem as a whole. Buoyant Light combines a balloon and a buoy to collect environmental data and make it visually accessible to the community, while harvesting solar energy to provide Igloolik with light in the long winter. The proposal acts as an interface between the information collected by global researchers and the people most directly affected by it. Buoyant Light addresses two different needs: the largest balloons are closest to the shore, providing the community with immediate visual access to information. Lowered in the winter, they delineate spaces for meetings, celebrations or performances. The balloons further out in the open waters, act as way-finding devices along established hunting and travelling routes. Buoyant Light frames light as a constant in the rapidly changing Arctic climate where the solar path has become a datum against which to track changes in other seasonal cycles. Recognizing that in this fragile environment any physical changes can have powerful implications, the project proposes an almost ethereal intervention that would improve the life of the Inuit through light. 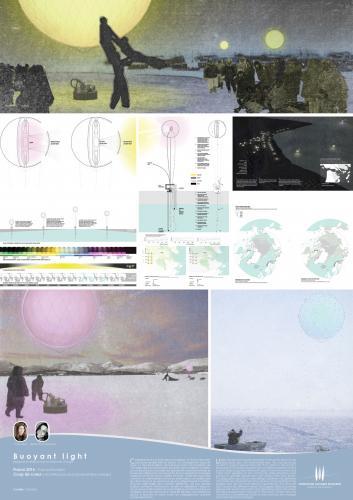 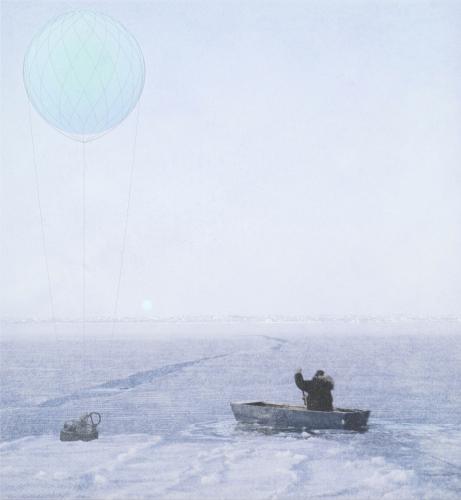