In recent years, several companies from around the world have entered the race for the conquest of Mars. But the desire for superiority in the XX century has brought quite a few casualties among astronauts. In the XXI century, when a person's life is the main value, it is important to consider the maximum safety and comfort of the flight and stay on Mars. When flying to Mars may have many problems. And research shows that the health of the astronauts who flew to Mars are likely to be in poor condition, due to radioactive radiation, weightlessness, etc. The psychological condition of the astronauts also will undergo a huge test. (For example the state cosmonaut Polyakov who spent 438 days in space, has undergone considerable change, Therefore according to psychologists). Based on this information, the design of the scientific base on Mars, we decided to focus on safety, comfort and ergonomics for the astronauts. After a long and difficult flight, people need to gradually come back to normal, to undergo rehabilitation on the basis of built robots to their arrival. We have developed comprehensive aboveground and underground part. The underground part is formed by drilling. The rig later become the foundation base, and will forever remain in the interior of Mars. Then, sequentially using the jacks are lowered and dock with each other residential cylindrical compartments. They serve as a safe haven for the astronauts. Then they shall be mounted cylindrical transitions and aerial part. In the design of the aerial part, we have decided to use the most simple and squat shape for easy repair and replacement. The basis for the above-ground parts of a greenhouse, representing a quarter of the geosphere, which transmits light. Here, the astronauts will be able to relax and enjoy the terrestrial plants, as well as work out in the safe time. Group will be able to carry out experiments and research, leading a normal life in parallel with daily activities and rest, almost without fear for their lives.

Descriptive of Author : Project of scientific base on mars 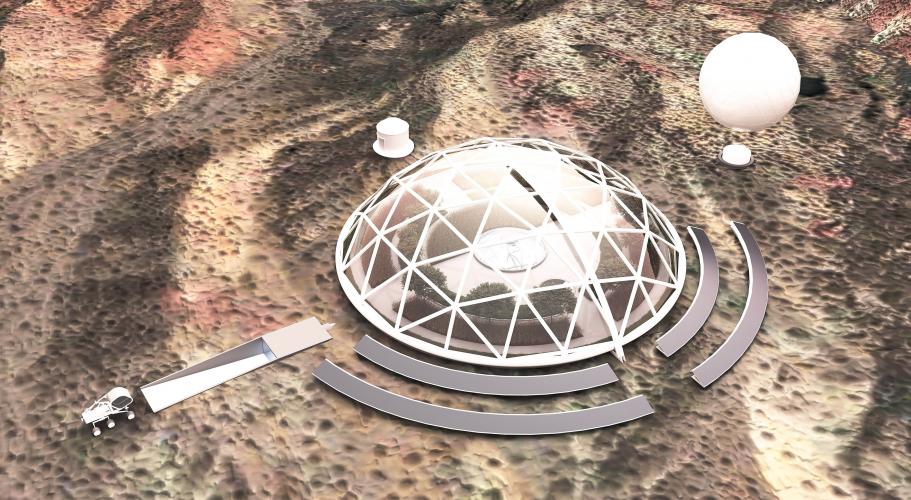 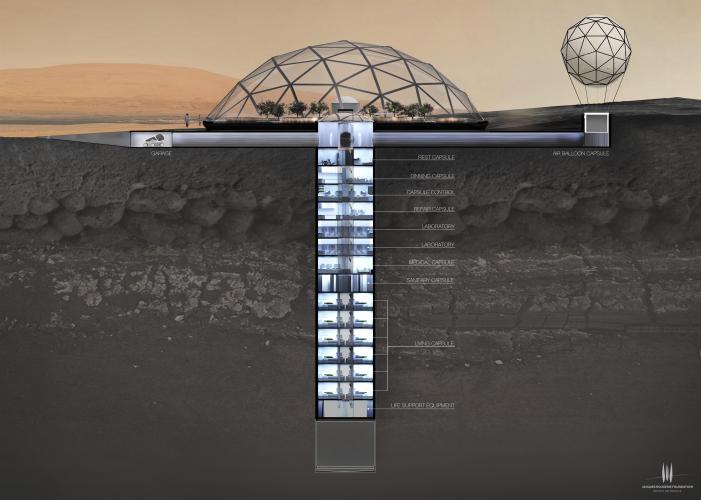 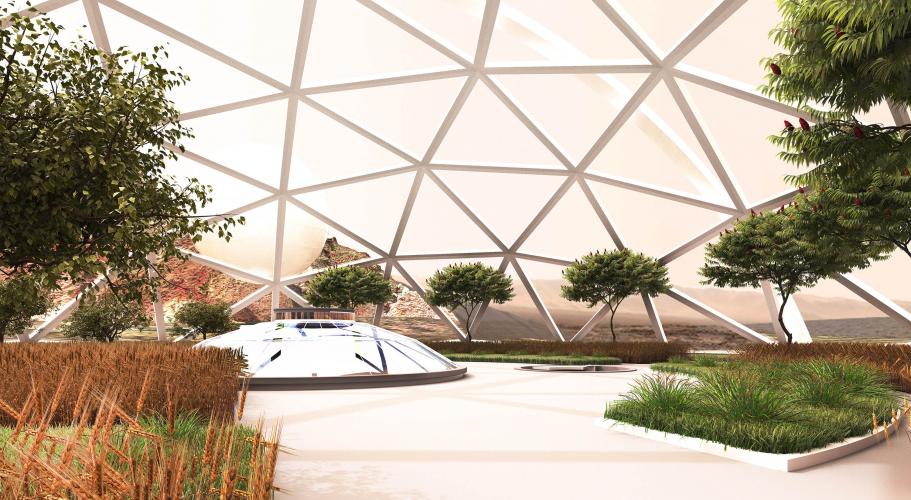