NDSM has long been a shipyard till 1979, since then the site at Amsterdam Noord became vacant. Impressed by the long history of Dutch tradition to conquer the water in response to rising sea levels, as well as the amphibious state of the Y-Helling, an urban design combines the old part and new extension which changes with water and time finally comes out. The design settled on the idea of an open harbour bath, a large wooden deck positioned on an extension of the helling on the shipyard. Inspired by the huge potential to create new public space from the relationship between people’s behaviour and water’s behaviour, the collective domain inbetween water was created. When water level is low in the winter, part of the extension plays as dry deck and provides more public space for people. While water level goes up in summer, the dry deck part plays as an open swimming pool for people and people walk more on the roof top. From the perspective of trash recycling, the long pier stretches out into the water to collect trash when water was taken in by pump to pass through the filter installation, which plays a significant role in purifying the water. A clean domain is defined for infinity pool which could be used to held many sports competitions such as surfing and rafting. Rather than imitating the traditional indoor swimming bath, this proposal offers an urban harbor landscape with dry-docks, diving platforms, playgrounds and pontoons.

Descriptive of Author : Designing Scenographies for Spatial Rethinking the Dutch ‘Culture of Water’ along and beyond the Waterfront of the NDSM Shipyard in Amsterdam 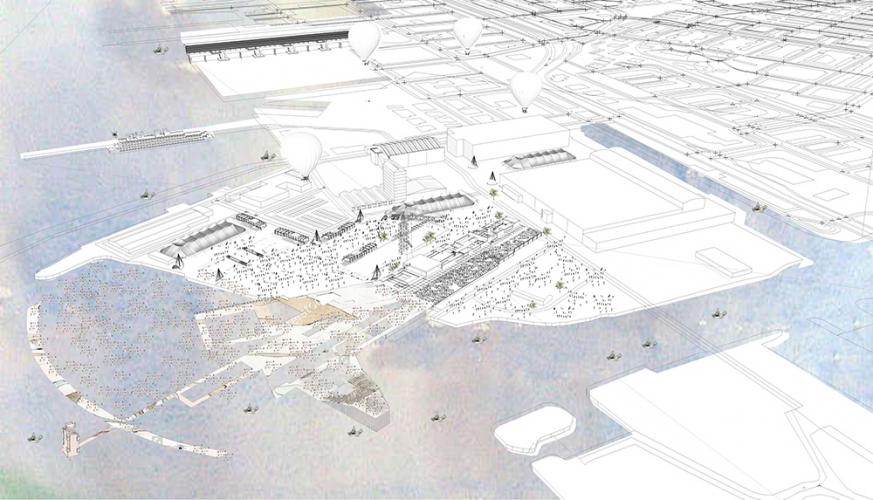 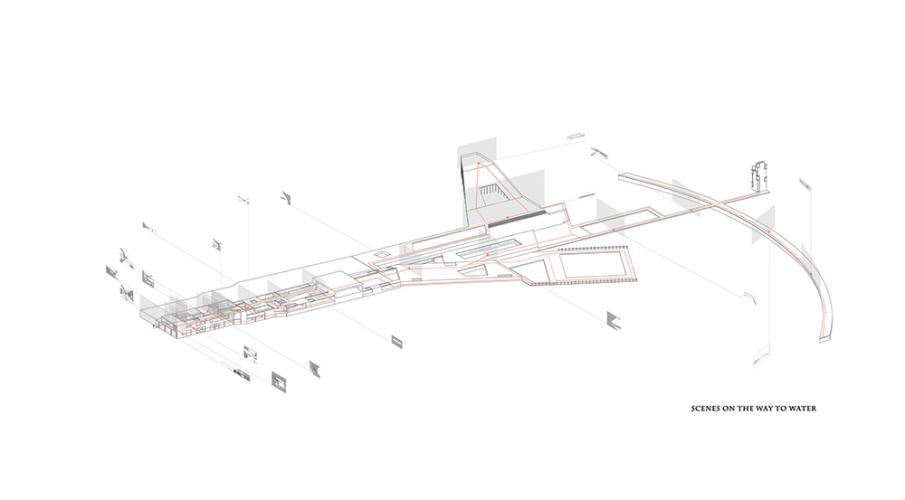 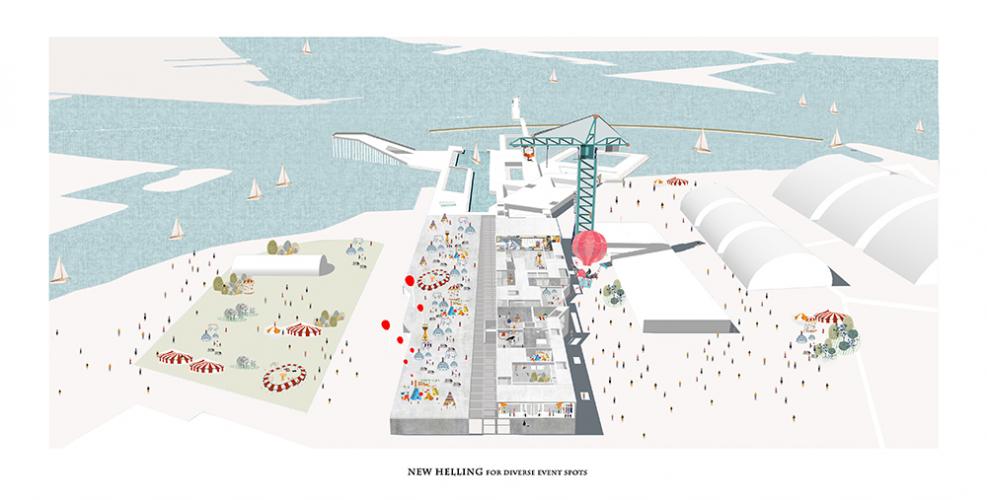