Martian Chronicle was the title of my graduate thesis project in architecture at l’École Nationale Supérieure de Paris Malaquais. I was encouraged to work on the urbanisation of Mars on discoverying that most architectural projects on the subject consist primarily of approaches based on esthetics, ignoring the rich environmental constraints of the red planet, or focused on technique, at the expense of architectural fundamentals, in the conception of series of standardized and inorganic modules incompatible with the development of a durable human society. My project aims to explore a third option: an informed strategy that uses Martian environmental constraints for the development of a fl ourishing scientifi c society. As we will see, all the elements for the production of construction materials can be found in the planet’s soil and air. The main challenge therefore is the production of energy. It is said that Mars is a frozen planet, with temperatures reaching down to 120°C. While this is true, it is a view that sees the glass as half empty. At the right place and the right time, Mars can be clement, with temperatures reaching up to 30°C. A nomadic strategy, consisting in following the cyclical course of the sun during the year, takes advantage of the seasons on Mars to maximize solar exposition and leading to an average annual temperature of 16,4°C and a solar energy effi ciency of 557 W/m2. Furthermore, this strategy favours the planet’s exploration. Areologists, areographs, biochemists, architects will be the fi rst Martians, and the study of the different regions of the planet will be their principal activity for the first decades of their stay.

Descriptive of Author : Informed strategy for the urbanisation of Mars 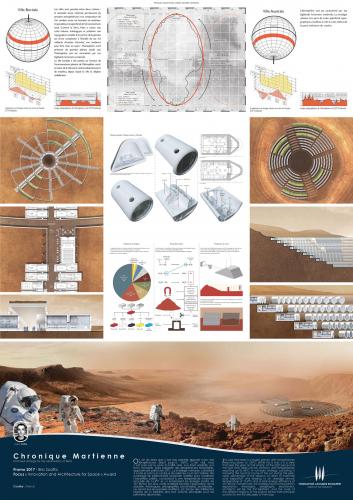 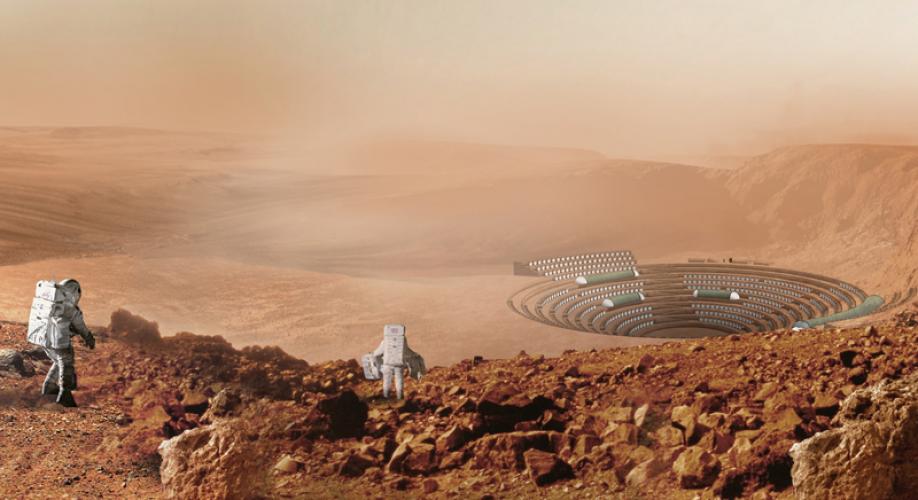