Prelude "Hurricane Mora hits […] Bangladesh, with winds of up to 84 mph damaging thousands of homes and forcing the evacuation of 450, 000 people […] The meteorological department warned people against a tide that could raise sea levels by up to 1.7 meter in several coastal districts in Bangladesh" Article published on tuesday 30 May 2017 by the Télégramme Research At the antipodes of the neo-cybernetic city labeled "smart city", we are going to focus on … the resilience of Bangladeshi people. Through a speculative and anticipatory story, this metaphorical and critical project is about the elaboration of a radical architecture, which aims to [re]connect us to the surrounding environment, or at least try to interfere with our daily practices. The emergence of Greenwashing, a manifestation of a major environmental crisis, forces us to push our relationship to nature even further, beyond the simple revegetation of our cities; to reinvent ourselves in a « new engineered body, a hybrid of nature and architecture ». In other words, to link the ecosystem and the architecture in an endogenous evolution. Synopsis In a country fl ooded with salt water, Bangladeshis build a new ground by extracting salt from seawater, pervasive in most parts of the country. Able to reconfi gure seawater desalination techniques (already used today in the middle east), they transform the brine (obtained through electrodialysis) into a construction material. The sodium chloride present in the water passes from a disordered liquid state to an ordered rigid material. Thereby, salt, once responsible for the biotic transformation of Bangladesh and the disappearance of good soil, is being used in the development of an artifi cial, hybrid nature of architectural elements and rocks salt. A new refuge ground takes shape above seawater, by agglomeration of crystalline salt.

Descriptive of Author : Towards habitable offshore 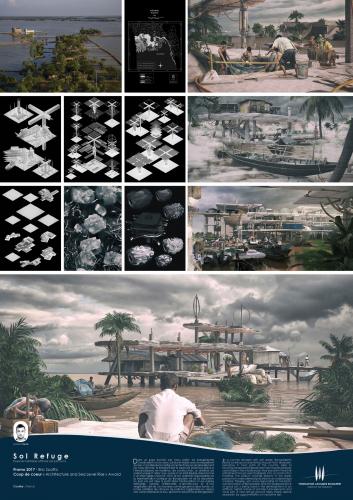 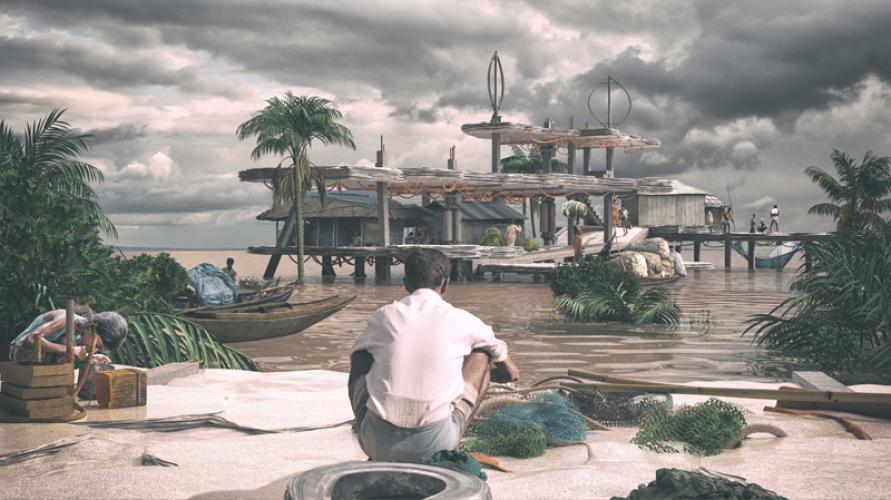 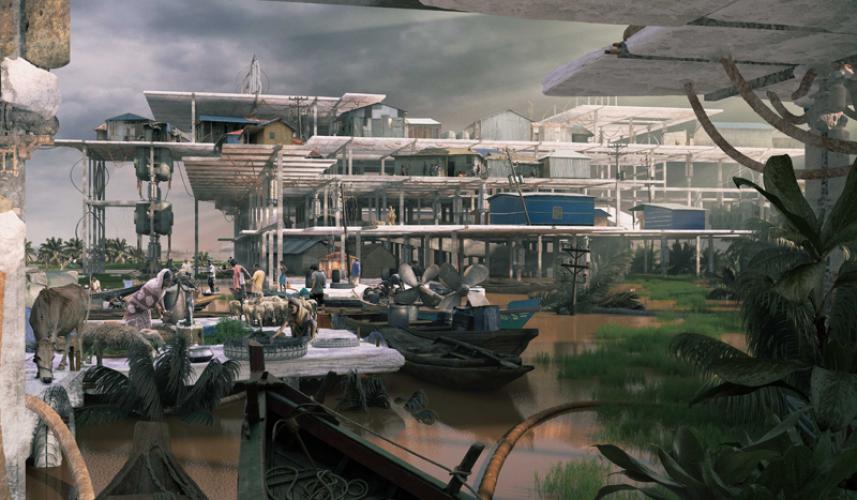 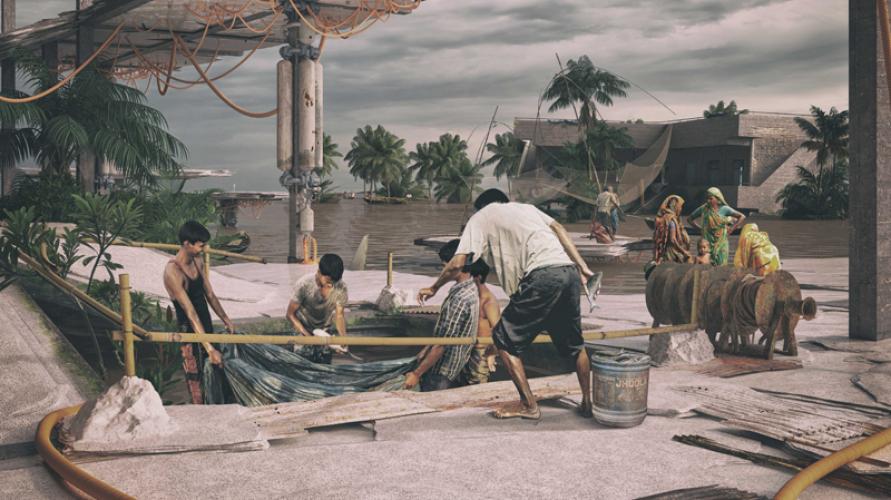