Death is a topic which never ceases to intrigue. The awareness of Mankind facing this inevitability is a testament to our social progress. In most religious beliefs, it is considered as a departure, for the great beyond. Since ancient times, burials and the cult of the dead have given rise to exceptional rituals and edifices. Nowadays, dying, just like living, proves to be a very polluting process. Burials and cremations liberate a large quantity of carbon. The degradation of soils from prosthetics, clothes, objects, and chemical products used to preserve the bodies, make cemeteries highly contaminated areas. The subsequent loss of organic matter inhibits the fertilisation of soils, upsetting the soil equilibrium on a planetary scale. Moreover, population growth, urban and agricultural expansion all contribute to diminishing the share of forested areas. CIMITERIUM is a temporary sea island of serenity and contemplation, where space is seemingly limitless. The floating megastructure will be home to each and every being in their earthly afterlife. Each person will be able to lay a plant in one of the millions of compartments on the island. The plants will be nourished by a rich compost made naturally from the decomposition of body remains into humus by microorganisms. It is a reconnection to earth, to fertilise the planet. Once maximum capacity is reached, the island will undock itself to become a vessel, wandering off on a journey of no return and will be replaced by another one. Anchored in open sea and cradled by the wind, this novel forest will take on its role of pollinating on a planetary scale and serve as a sanctuary for migratory species. We are ephemeral beings merely passing through life on Earth. And bygone habits evolve. The symbolism of death and its emotional burden can prevail not just through poetry or memorials, but also through the high esteem of the cycle of life.

Descriptive of Author : FERTILISE THE PLANET WITH FLOATING CEMETERIES 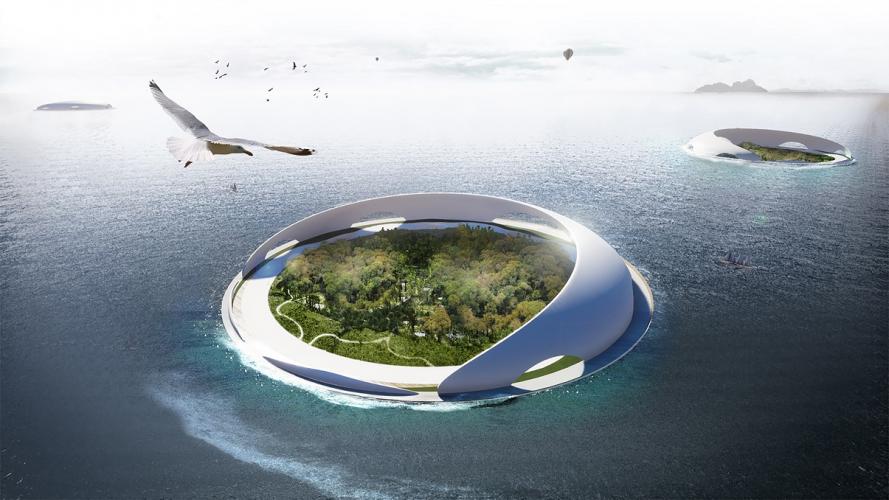 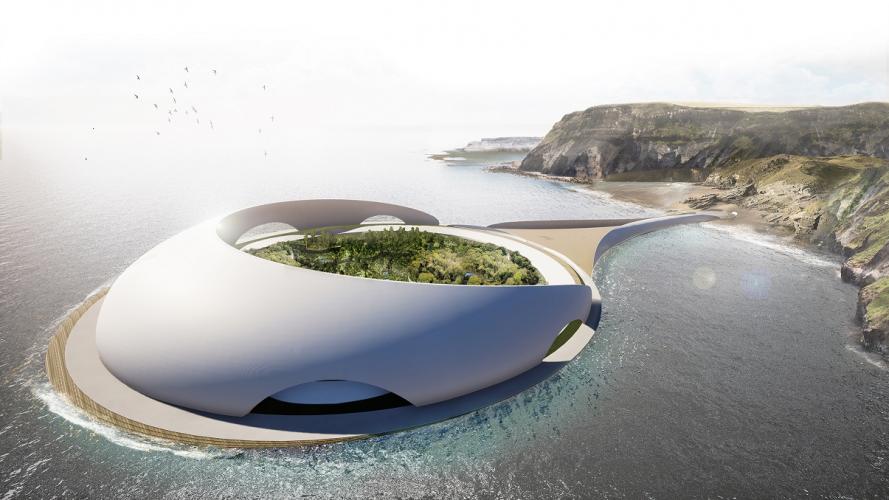 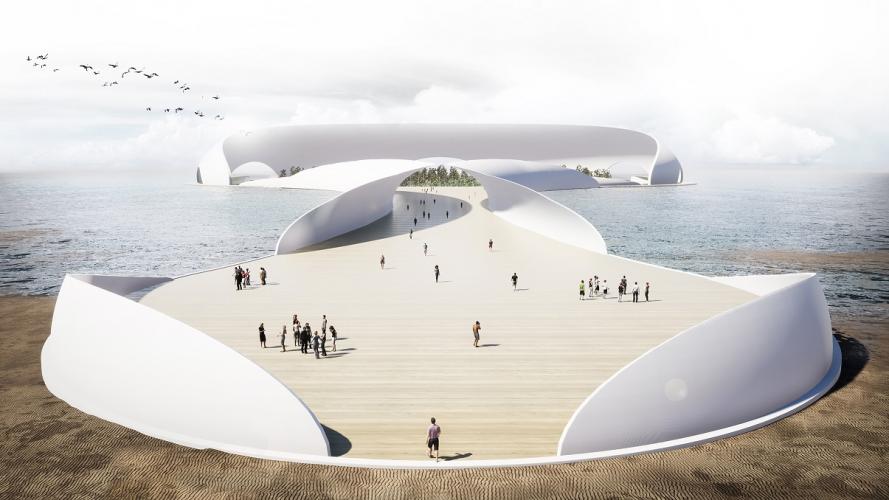 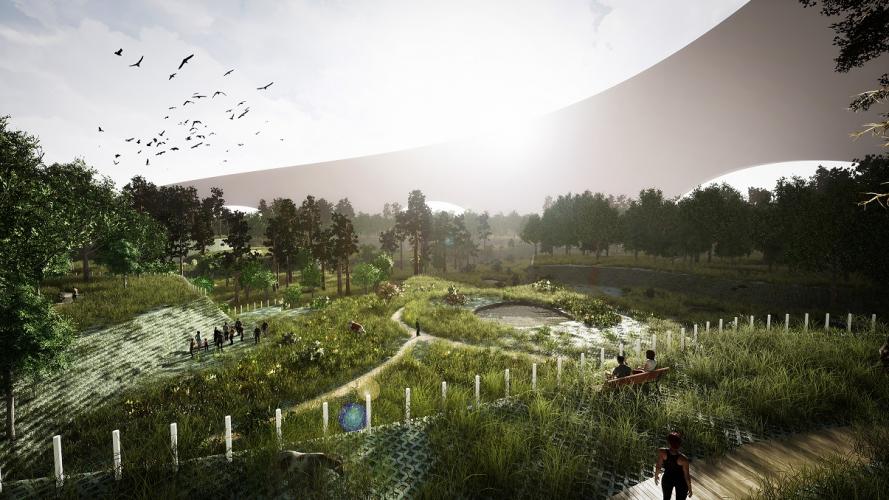 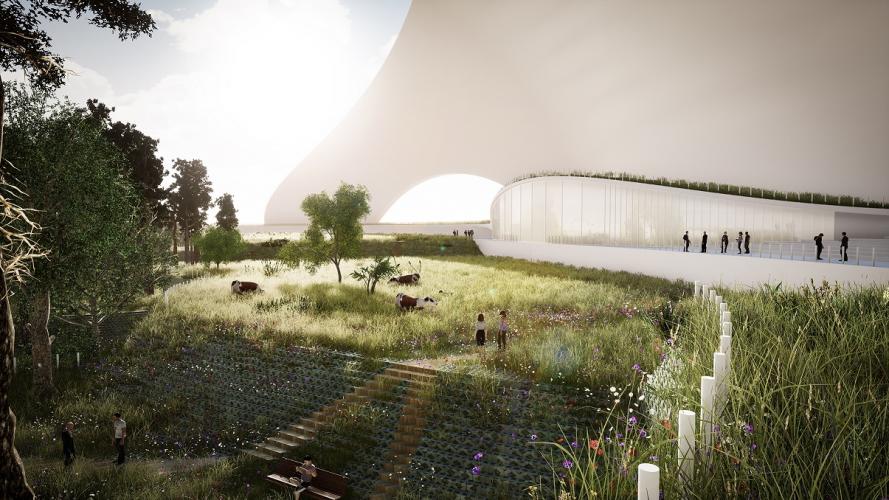