Title : Thylakoid Colony
Author : Adi Zanzuri
Nationality : Israeli
Year : 2019
Location :
Biography : Student at the architecture department in “Bezalel” academy, Jerusalem. My enthusiasm for water began at a very small age; I surf waves as an amateur and as a professional ever since I was a little boy. The symbiotic relationship I have with the sea and nature is reflecting in my work. The sea has given me much of my knowledge, it has accompanied me throughout my growth process as a human being - and that’s the conception I aspire to pass forward.
Type : Nominee
Scale : XXL : Large installation
Size : 24000
Capacity : 500

The growing population and uncontrolled utilization of resources violates the atmospheric balance. Thus, an extreme action is required: A perceptual change in life as we know, a new beginning. Earth’s content is 70% water – making the ideal place for this kind of a restart, at sea. The secret to sea life is a marine organism widely spread – algae, which is responsible for about 60% of oxygen supply in the atmosphere. The colony splits in two: above and under sea-level. The upper part is covered with a paneled dome, made of glass and contain a micro alga, which are exposed to the sun light. Such exposure causes alga begin the photosynthesis process, to produce oxygen and energy. The oxygen and energy emitted from the accelerator are dissipated through tubes throughout the colony and the cells attached to it. The carbon dioxide extracted from the colony and is pumped back into the dome and appended to the alga as part of the photosynthesis process. Thus, an air purification cycle and oxygen, alongside with electrical energy, are created and supplied to residents of the colony. The lower part contains living cells that can accommodate an entire family. The cells are mobile and can detach from the colony to serve as bio-energy-driven underwater vehicles. The colony is a docking place where cells discharge waste and recharge themselves. It is possible to visit other colonies and to designate a particular colony, such as school or a shopping center. The area where the cells are anchored is covered with natural alga. Organic waste produced within the colony is poured into the alga network, where its caged in a Microbial Cellulose membrane, a living organism, which nutrition from sugars, oxygen and h2o. That is, it anchors the discarded waste from the colony and helps algae in the process of water purification. The purpose of this project is to encourage rethinking of the currently existence lifestyle on planet Earth and deals with human life and the future of mankind.

Descriptive of Author : We can re-create our world 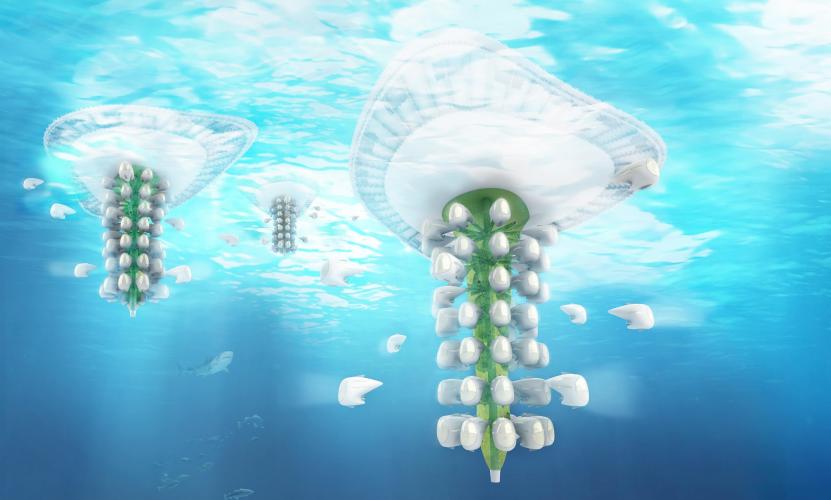 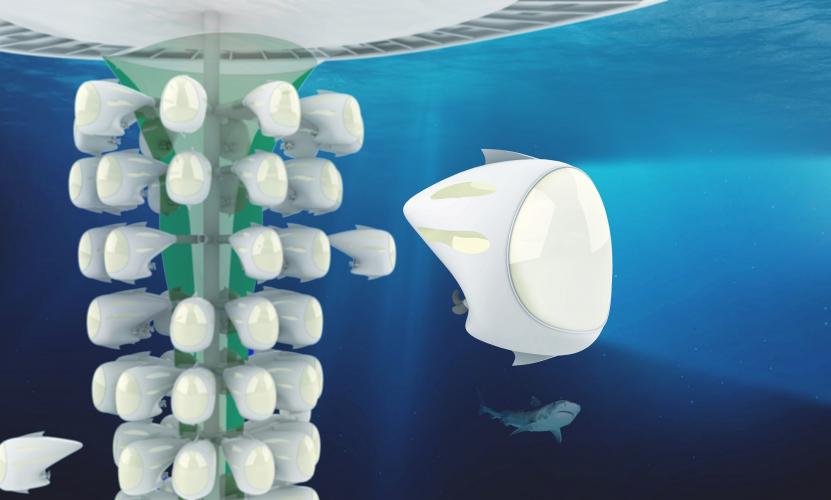 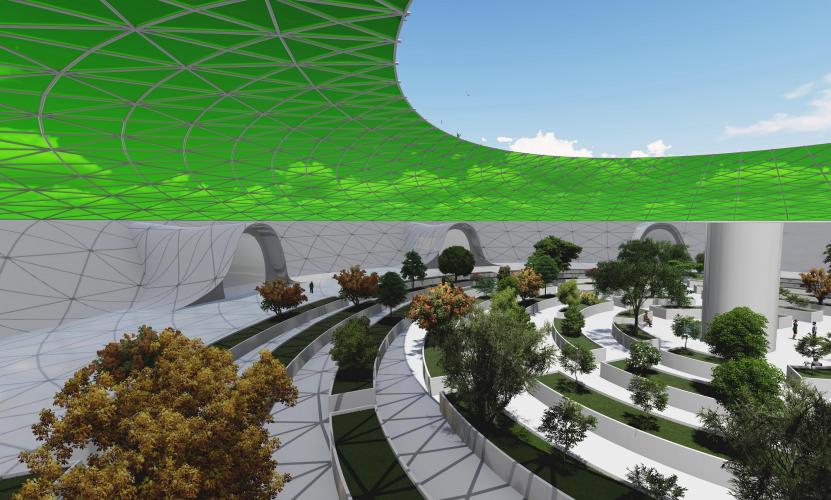