Title : Planète Petit Prince
Author : Diego Rodriguez
Nationality : French
Year : 2019
Location : Solar system
Biography : Since I read the books "Globes", "Bubles", "Foams" by Peter Sloterdijk, I have had a total admiration for the new possibilities of living. The idea of thinking architecture, the city, as an autonomous Noah's ark both to solve our current problems and to extend our ambition to discover is perhaps one of the major challenges of our time. This competition is a chance to immerse yourself in this kind of new universe that architectural studies have highly neglected.
Type : Nominee
Scale : XL : Urban
Size : 167 188
Capacity : 10 000

Inspired by the world famous novel of Antoine de Saint-Exupéry "The little Prince", the planet we present in our project is to become an imitation of life, a catalyst for encounters, as well as the new opening on the universe and it's possible conquest. It is also intended to present alternatives to climate change and its consequences. To achieve these objectives we have formulated five choices representing the foundations of our project. 1st choice : EXTRA URBAN Symbolic, welcoming, it is made to preserve man in his natural conditions. It also has the desire to open man to new experiences and sensations. It wants to play a new, more than urban role : the extra-urban. The extra-urban expresses itself in the connection of a fractal effect. Here a globe is made of several bubbles, in each of them a specific program unfolds. 2nd choice : SIMULACRUM The dome of the sphere is a vast screen capable of simulating a custom exterior or allowing to visualize the real exterior. This new world will have the ambition to facilitate the establishment of adaptive micro-climate. As a result planet Small Prince becomes a privileged place to save endangered species on our planet, Earth. 3rd choice : LANDSCAPE The natural order within the artificial worlds is restored across the bubbles reproducing the vast array of Earth's landscape. 4th choice : CONSTRUCTION It is built over time, following several phases. The system is based on a set of simple rings interlocking into each other. Each ring has its own speed and therefore a singular gravity. Each floor of the planet gives it a dynamism. 5th choice: URBAN SPHERICALITY Among our greatest monuments, little prince planet will be a milestone in the evolution of human symbols, pyramid, tower, sphere. The sphere is the form reflecting the best equality in terms of expansion towards the outside. It symbolizes freedom, and embodies balance.

Descriptive of Author : Planet little prince is a step in the darwinian evolution of monuments and prepare a new way of life. 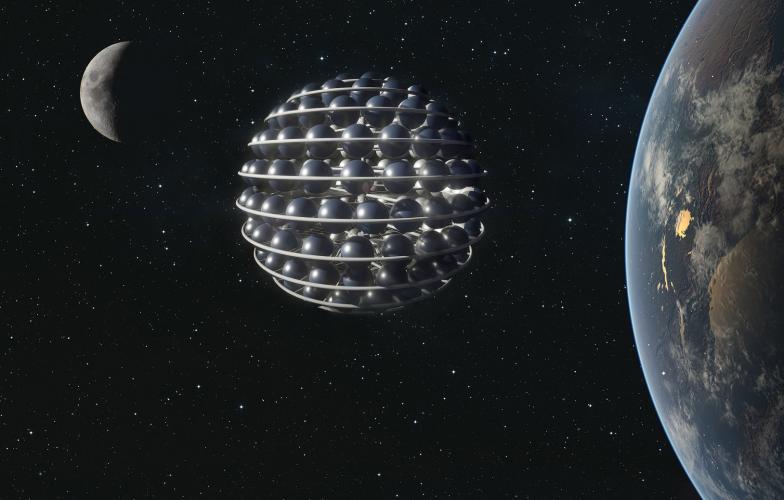 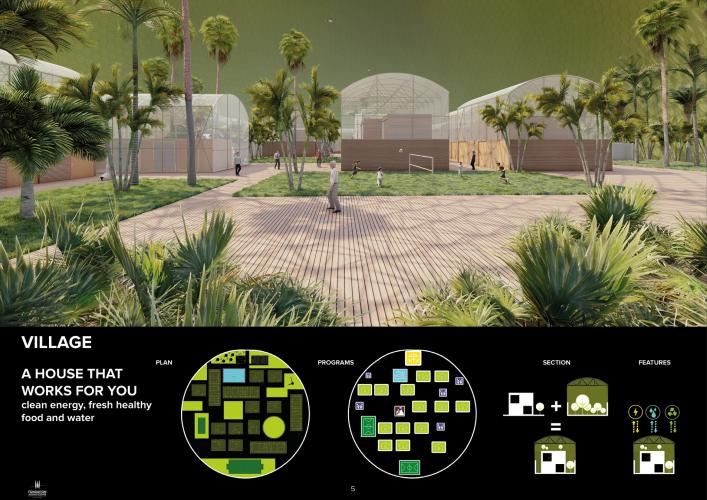 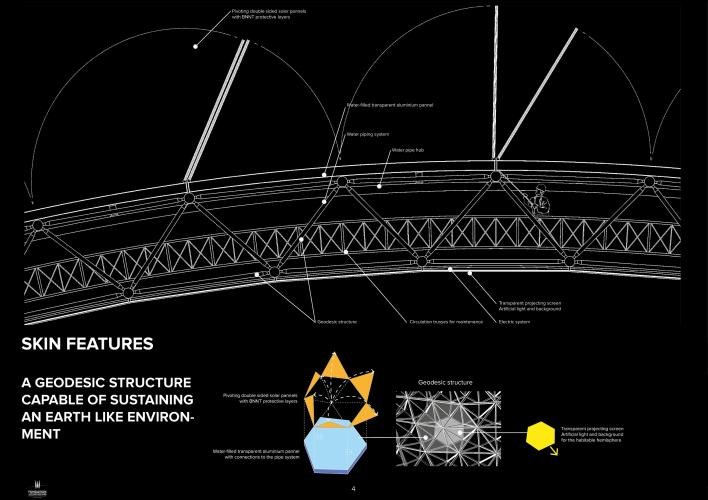 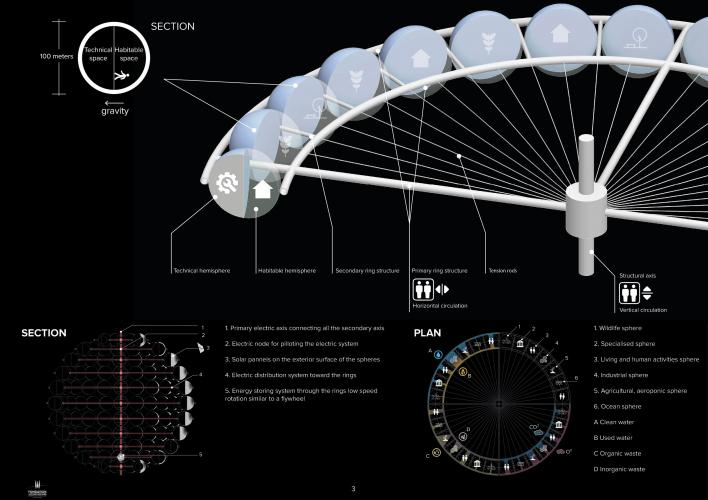 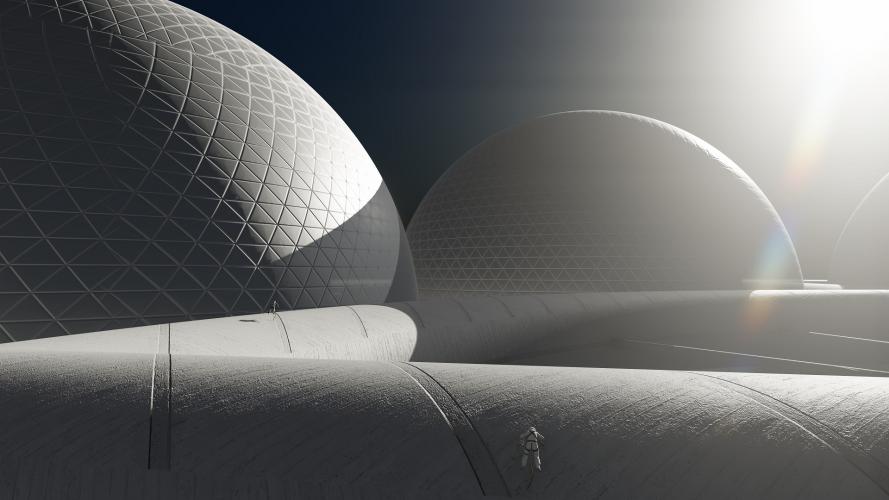