Title : EUROHAB
Author : Peter WEISS
Nationality : German
Year : 2020
Location : Moon
Biography : Team partner : Jean-Jacques Favier He is a French physicist and astronaut. He studied at the National School of Electrochemistry and Electrometallurgy (ENSEEG) in Grenoble in 1971. He obtained a doctorate in engineering from the École des mines de Paris as well as a doctorate in physics and metallurgy from the university. Joseph-Fourier Grenoble 1 in 1977. On June 20, 1996, he made a flight as a payload specialist, during the STS-78 mission aboard the Columbia shuttle. Peter Weiss works in the Space Department at COMEX. He completed his doctorate in space robotics at Polytechnic University in Hong Kong where he worked on sampling systems and the Phobos Grunt mission. He also worked for the DLR in Germany and the M.I.T. in the USA on space robotics. At the start of his career he worked for Cybernetix in underwater robotics. He is passionate about the sea and space and synergies between the two areas!
Type : Special Mention, Life in space, Space, Special Mention of Focus , Technology
Scale : S : Building
Size :
Capacity :

We are living in an exciting,yet challenging,time: Our generation might see astronauts walking again on the lunar surface. A long journey consists of many little steps. The objective of EUROHAB is ta bridge the close future ta a long-term on the lunar surface. We developed a concept of an inflatable habitat based on the European Large Logistics Lander (E3L). Such landers couId be sent ta the lunar surface in parallel ta the other missions ta support a crew. Stepwise such landers couId build up a network of small habitats and consequently lead ta a first Lunar Village.

Descriptive of Author : Development of an inflatable habitat integrated in the European Large Logisitics Lander E3L as module for a future Moon Village. 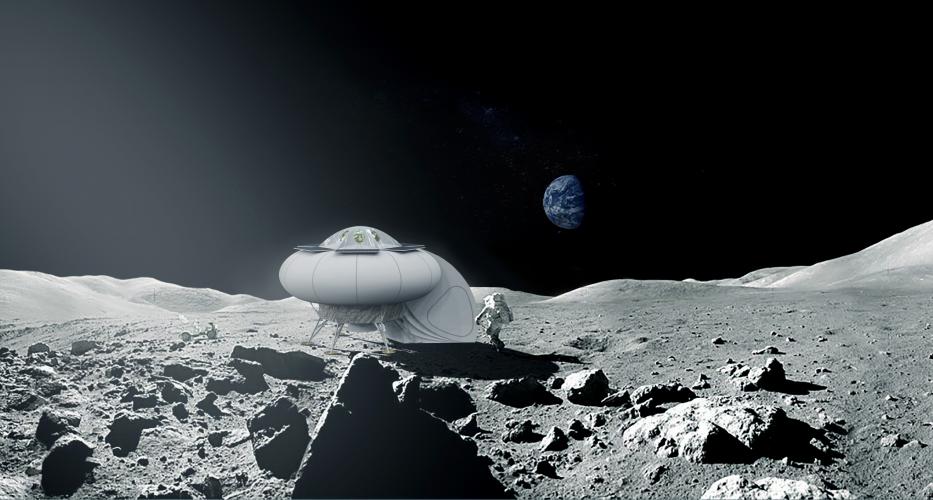 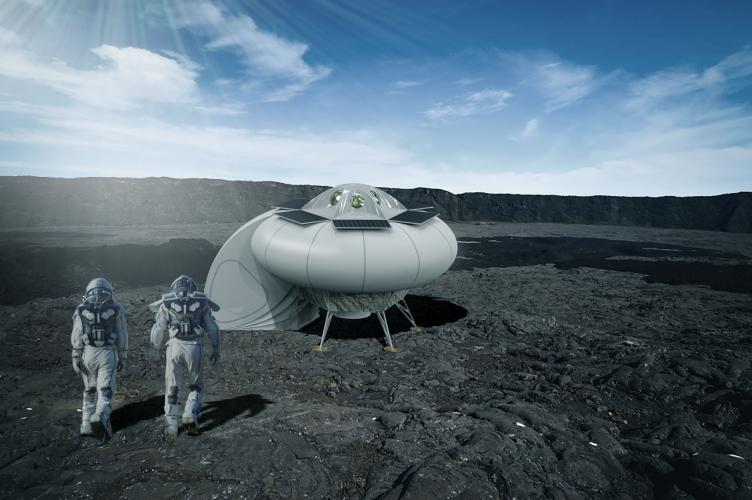