OSMOSE is an oceanographic research center that welcomes researchers in an experimental city in order to revalue hostile area, but also to look for clues of the past in order to predict the future of the planet. Indeed, the water level always varied has been much higher than it is today. Experimental city transcribed the unstable environment in which it is located. It is an ongoing project that is developed in situ. Unlike terrestrial architectures, laboratory activities vary with the rhythms of the seasons. During the winter, water is present, it is the peak season for researchers who study the flooding. They can transform their laboratory and deploy all the technical means for advancing science. Conversely, in the summer when water becomes scarce, laboratories idling. This is the time to repair, improve and build new entities. A Part of it is open to a new activity such as unusual tourism. Urban logic is also upset. Floods cut all infrastructure. There are no more road networks or power grids, or drinking water. The laboratory must be able to be independent. The project approach is involved in finding objects in hostile territory. The project began by drawing a collection of 51 objects of particular interest to the problem of rising sea levels. Port and spatial architectures found their importance thanks to their robust features, their detachment from the ground, their adaptability and evolution.

Descriptive of Author : The experimental station on the edge of earth 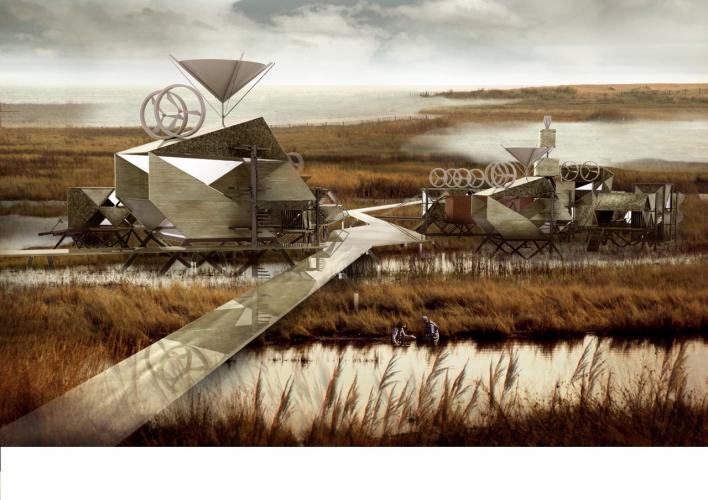 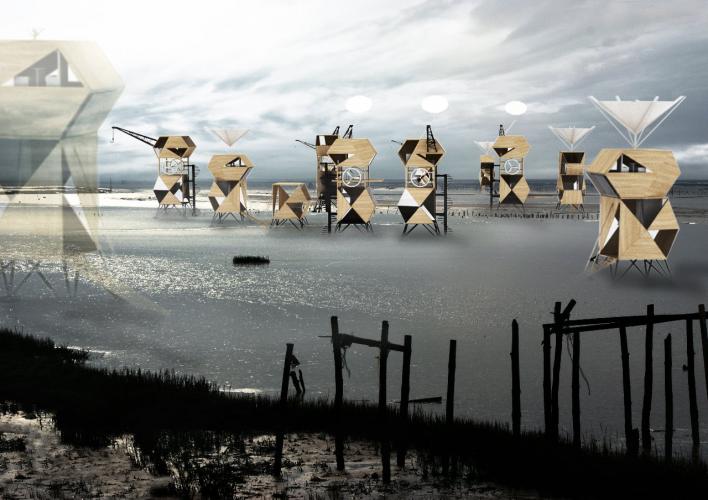 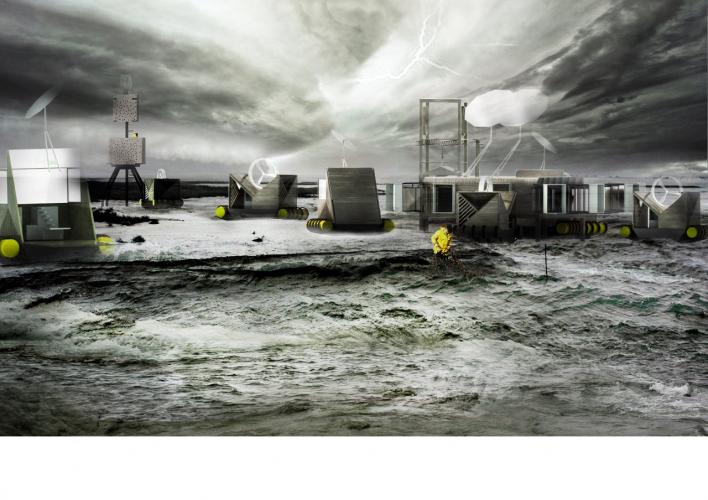