THE REEF OF SILENCE

Inspired by Jules Verneâ€™s 20,000 â€œLeagues Under the Seaâ€, â€˜The Reef of Silenceâ€™ explores a funerary venue and a coral cultivation facility within an underwater structure alongside an investigation into cultural and environmental issues in the Indian Ocean. In Indian Zoroastrianism, the historical and religious funerary place called â€˜Tower of Silenceâ€™ has a purpose of revitalizing endangered vultures praying upon dead human bodies in addition to its religious meaning. Also, this will be followed by understanding the environmental impact that the sacred Hindu burial rituals are having on the Ganges River, which feeds into the Indian Ocean, where reef habitats are declining. Because of this, the Indian government has been seeking alternative forms of burial and cremation in order to reduce environmental stress to this sacred river. It is here, through these alternatives, that links are being made between death and the cultivation of corals and a wider marine ecology. Visionary burials called â€˜Tectonic Vulturesâ€™ consist of new techniques in body decomposition such as freeze-drying and liquefaction, transforming human body into nutrients in forms of powder and liquid. Then coral, which is the urban infrastructure of marine life, is fed by those vultures and ready to be transplanted back into the nature. Although, the tectonic vultures are the most crucial componentry providing huge benefit to rehabilitate wider marine life, a manipulated architectural skin plays a significant role in a foundation for the coral to settle down and accelerate in its growth. Eventually, it will be covering the whole skin and become a natural reef structure establishing an underwater city of marine life. It will, over time, thicken and conceal this facility of death, creating a new man-made coral reef in the Bay of Bengal.

Descriptive of Author : â€˜The Reef of Silenceâ€™ explores a funerary venue and coral cultivation facility within underwater structure alongside investigation into cultural and environmental issues in Indian Ocean. 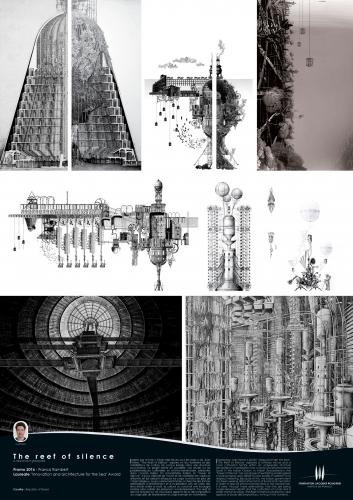 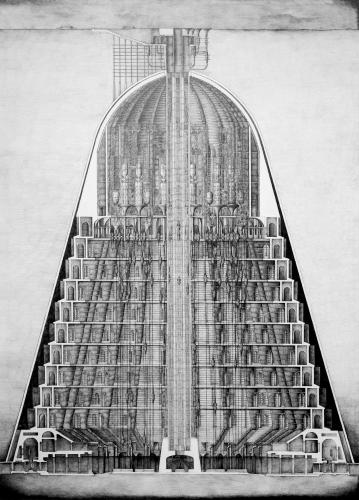 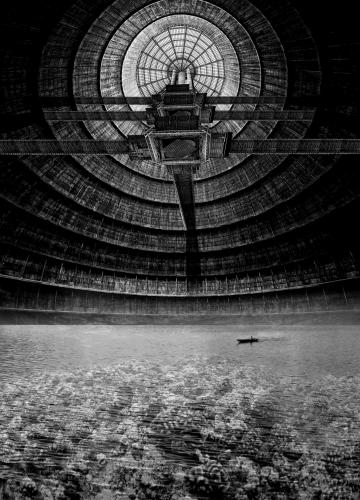