In a world where the essence of life is propelled by mass movement, energy consumption has not ceased to increase, it even doubled between 1973 and 2012 leading to inevitable consequences for our planet and its limited resources. The Energy Information Administration (EIA) estimates the global consumption of energy could strongly increase in the three decades to come (+48%) thus not respecting the COP 21 agreements. The Project Fo[u]r Energy, [For the energy] or [Four energies], is part of an action plan for 2050 that aims at bettering this climactic phenomenon. It fosters the development of sustainable energies by the means of an architectural installation close to the cities and linked to them through a network of underwater electric cables. The structures we have on our lands today are disastrous for our environment in spite of what their owners might say. These towers with four different façades takes the shape of a power plant and is the missing link between our environmental objectives and our difficulties to achieve them. The emerged part of the building has a façade covered with solar panels, another with new propeller free wind turbine. Underwater, its basis is composed of installations that are capable of generating power with the power of the water flow and the waves. Finally, probes planted underground would gather the energy created by the vibration of seismic activity. It is important that the structure is placed in the middle on the sea for it offers the best climactic and geographic conditions for a better result. As high as 400 meters out of the surface and 450m underwater, it possesses 1676 wind turbines, 3 hectares of solar panels, 120 hydraulic turbines, close to 50 probes and 150 hectares of floor area. It has its own dock, capable of welcoming accommodation for its staff and an ecological support for the creation of coral reefs.

Descriptive of Author : A new power plant in the middle of the sea 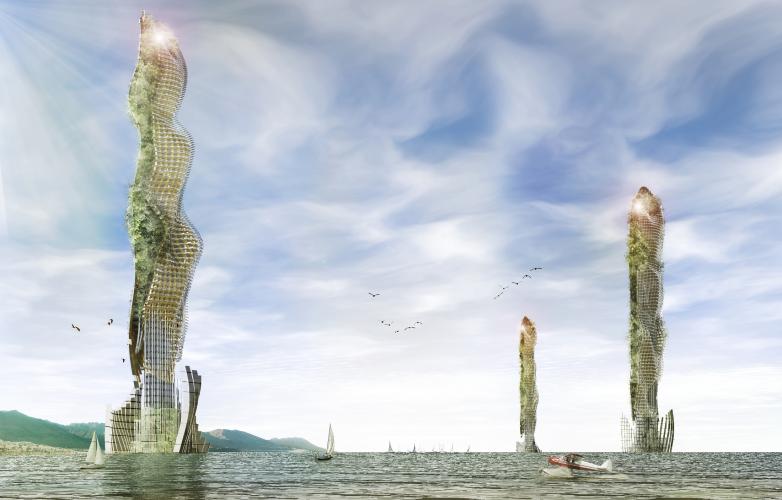 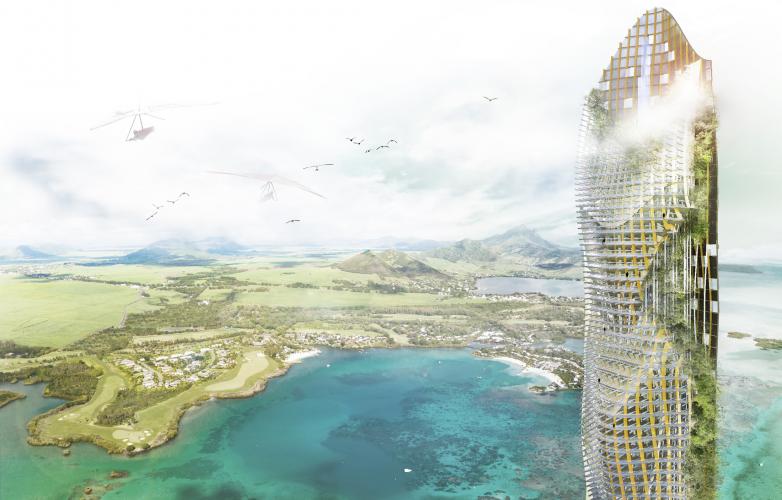 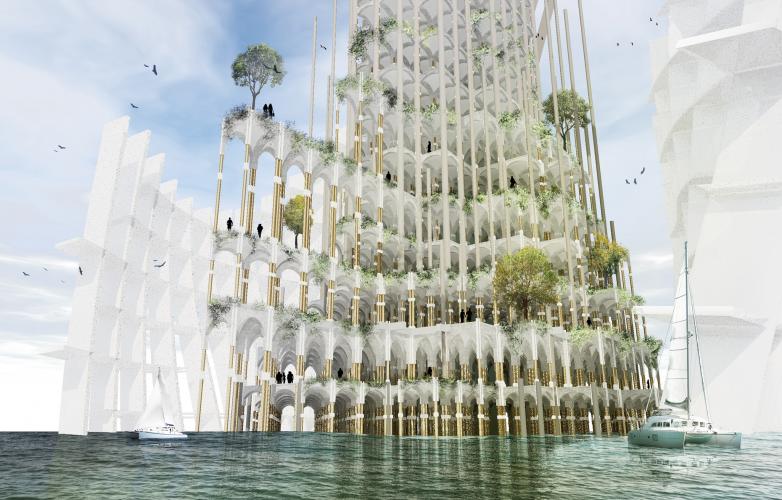 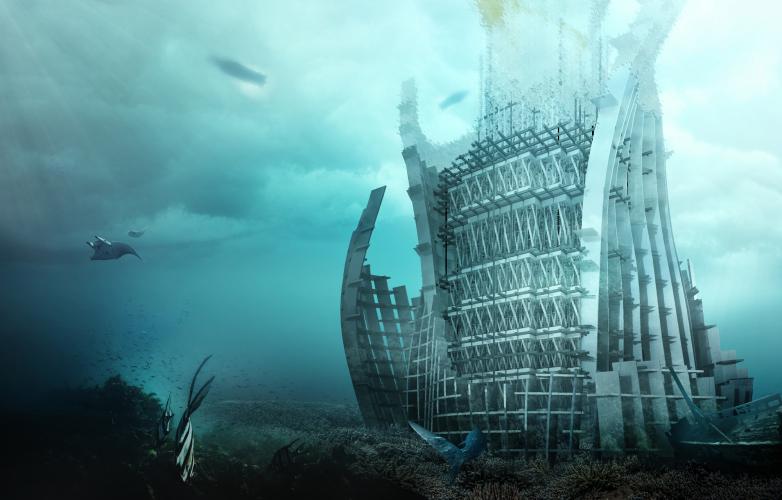