Title : New edge
Author : Prethvi Raj
Nationality : Indian
Year : 2016
Location : Tuvalu
Biography : Team : Prasanth JAYAPRAKASH Prethvi : Hi, I am a recent graduate from School of Architecture and Planning, Chennai. My journey through architecture had moulded me with the clarity of where to learn and unlearn. I am aware of the complexities that our system pose for a designer and do attempt to unwind them with every chance i gain. I believe, sustainability is the key concept of our century to fabricate a productive built fabric. I consider the simplest an idea, the more powerful its performance will be. I thus thrive to innovate simple and change big. Prasanth : Hi, I am Prasanth a recent graduate from School of Architecture and Planning, Chennai. I am a smart hard worker and I would like to work in a condition that pushes the current limits of my abilities and my professional skills.
Type : Ecosystem, Environment, Green, Growing
Scale : XXL : Large installation
Size : -
Capacity : -

FEW MORE INCHES can eat up MILES. The threat for sea level rise comes from multiple sources and the vulnerability is growing faster than ever. What do we do? Change our living? Change our Scapes? Or just ESCAPE? The human relationship with earth is the matter of adopting rather than changing. The design approach here as well doesn’t look for an alternative, rather focuses at the invisible potentials of context to build a resilient, cost effective and adaptive network. The islands of south pacific are identified to be the most vulnerable and the context was well deciphered. The forces of wind and water were then identified as the driving agents for design. Land being the basic resource and water, the fuel for survival, encompasses a larger ecological loop. The conversation between these two thus becomes the crux. Hence it’s not about LAND or WATER. But, the conjunction of it. It’s the matter of LAND, WATER and the space in-between (THE GAP). Thus, the design was strategized as three levels. The LAND was strengthened and recovered through SAND HARVEST. The threats from water were turned as the new opportunities through CORAL PLANTATION. The GAP was refined with GROYNES making the LAND grow with WATER. The diverse forces were thus envisioned to synthesize an interdependent-bond that brings social, ecological and economical resilience to the context. By design the sources weren’t altered but its actions were optimized. THE SOCIETY and its SURVIVAL WITH TIME were the prime concerns in developing this system of sustainability. The design is not about filling the gap, but fixing it. 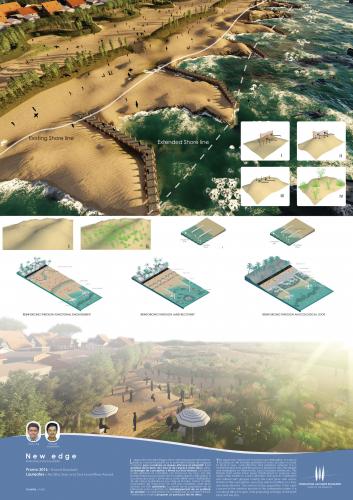 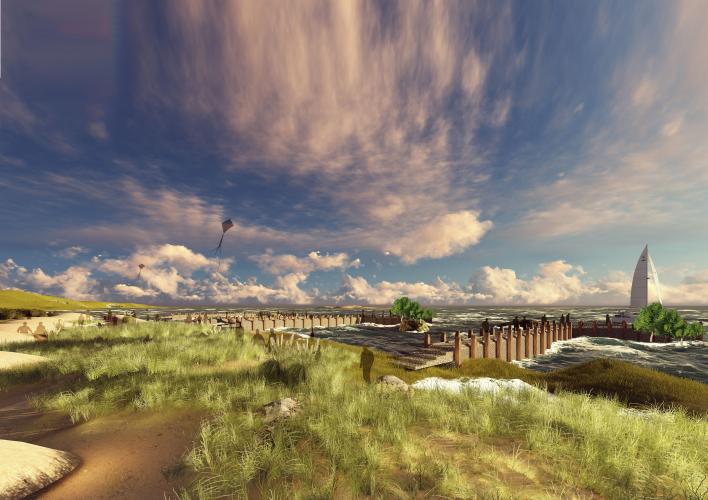 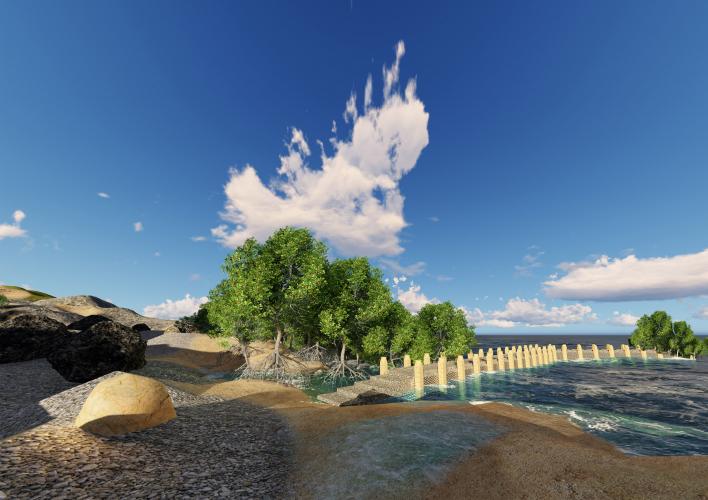