Modern cities are complex layered milieus where people have developed a deep attachment to their geographical location. This sense of place has compelled municipalities to innovate, regardless of the cost, against the rise of sea levels in order to protect these sites. While the creeping rise of sea levels can be thoughtfully planned against, the increased occurrence of natural disasters will continue to unpredictably disturb large quantities of urban populations. Historically recent events have displaced many communities years after the waves have calmed. In all major catastrophes, “temporary” relief shelters were located in converted megastructures or away from the urban centers removing people from their roots. Responsible cities should have access to adaptable semi-permanent dwellings that they could deploy in the occurrence of a disaster. Oceans and rivers adjacent to cities are ideal location for storing these temporary dwellings. The proposal consists of an expandable modular dwelling for two individuals that can be deployed when needed and confi gured into a floating city on an ocean or river adjacent to the affected urban city. As community members are slowly allowed to return to their once damaged homes, the floating community would adapt and reconfigure itself, maintaining a public realm adequate to the size of its population. After the modules are no longer required, they are collapsed, and return as part of a temporary structure reflective of the needs of the host city. This adaptable community would help make urban centers more resilient in the face of a rising sea and increased natural disasters. 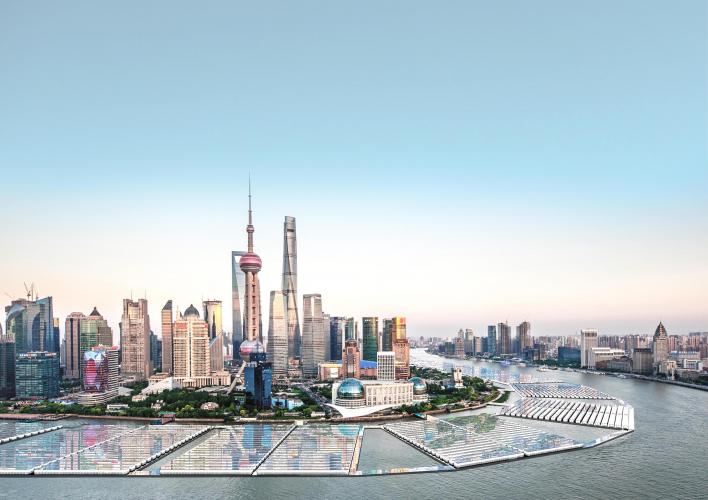 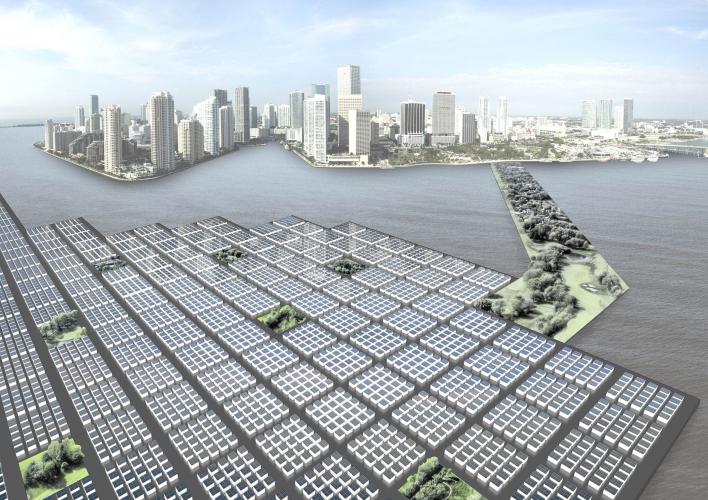 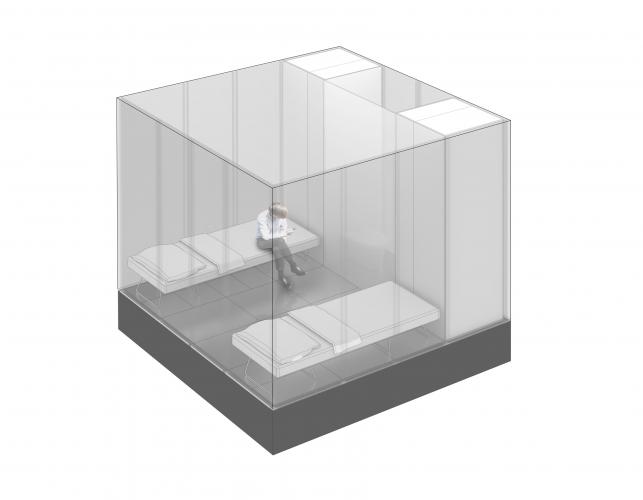 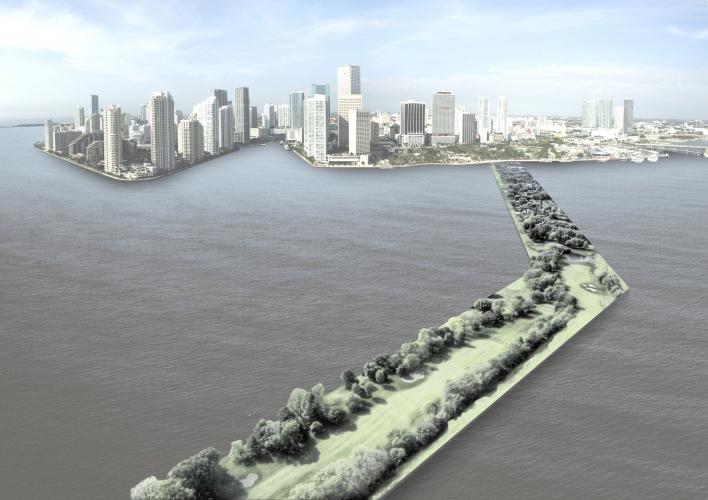