For years, the best minds of the world have studied the cosmos. The main issue we were interested in it - whether a planet is in the habitable space? The main object of research was the red planet, "Mars." Mankind is on the threshold of the colonization of the red planet, developed a variety of methods to obtain information from Mars. In 2020, well-known company was scheduled to send the first people on this planet, for its research mission, called "Mars One". But it will also continue with the expedition of land for more detailed study of the samples obtained from the soil. At the same time there are many important issue, the issue of transportation. After all, from Mars to Earth's path it takes up to 300 days. This greatly slows down work on research. Developed the concept of home is a space station called "Middle One". It assumes its location between the planet Earth and Mars. This station has a circular shape in cross section, with four protrusions at the edges (quarantine area), thereby delivering station flower shape by atmospheric metal. The station is made of lightweight metal construction, exterior finishing of refractory steel for tolerance to high temperature. The capacity of the station to 600 hundred people and 12 small aircraft. Since the four sides are projections station as tentacles, 100 m long, 20 m wide and 15 meters in height. They serve as a quarantine location and parking for the station had entered the spacecraft. Capacity of one projection 3 small-sized apparatus. In the center of the station module installed in heavy-duty solar cells that allow feed the natural energy of the sun. Â«Middle OneÂ» is not only for parking vehicles, but the main purpose of the station is to reduce the time for the initial studies of the samples from Mars and sending them back to Earth. This will examine the material and weed out unnecessary samples, and really of value to send data back to Earth. And also to train young professionals directly in space and send an expedition immediately. The distance between humanity and the new planet will be reduced by exactly half, we can save up to 150-200 days are spent simply on the flight. I believe that my project interplanetary station Â«Middle OneÂ» in the further development can provide a strategic advantage in the colonization of humanity, not only Mars but also of other planets in our vast universe. A lightweight design and simple yet beautiful design makes it possible to build not expensive, but effective work.

Descriptive of Author : Building a bride between Mars and planet Earth 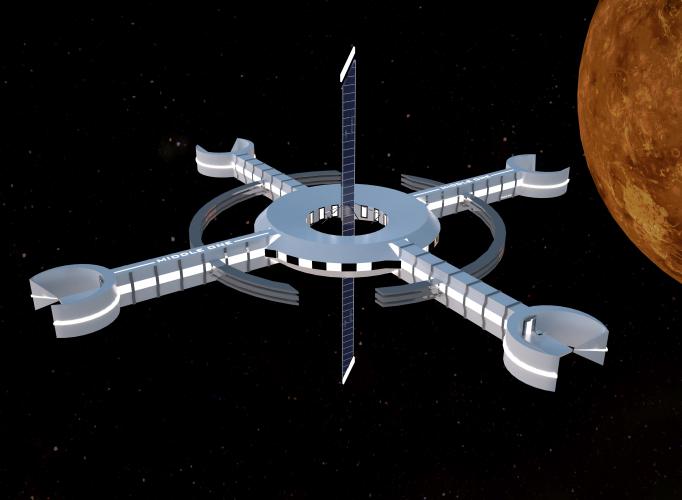 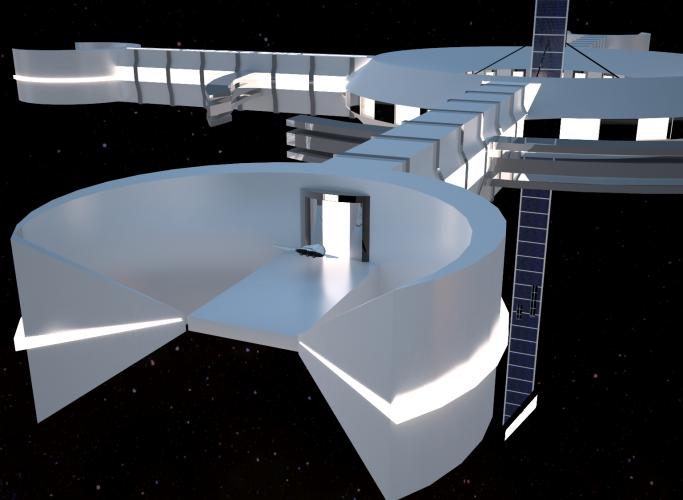 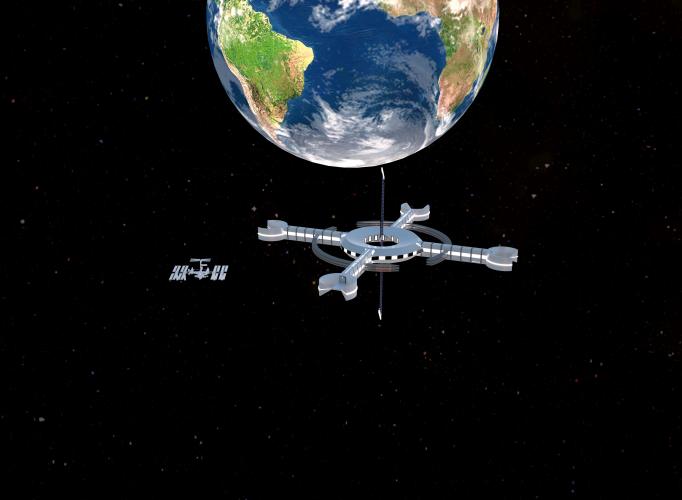