Thursday, September 16, 2027, cyclone Vanessa, swept and sowed ruin, from the West Indies to the Florida coastline. Authorities receive live information, and marshal resources for intervention, but they would have never been able to cope with all the different hazards at the same time if there weren’t an algae power plant, located at an altitude of 475 km, providing 10 minutes of electrical energy every 100 minutes, to 5 airplane transported terrestrial stations. Sun is the primary source of energy on Earth and in space. For a million years, nature has learned to gather energy from its star. By ways of photosynthesis, plants know how to process air in order to produce oxygen, and use light to reproduce and to be seen. Following this example, and inspired by the algae photobioreactors functioning in France, in the United States, or on the facade of the algae house in Hamburg, we’ve designed a solar power station that uses eukaryotic microalgae to produce electrical energy, oxygen and hydrogen. Launched from a rocket, this bio-morphologic architecture opens up in space like a fl ower while reaching its orbit. We’ve named it SOLAR SPORE. Now, from its orbit, the algae cultivation can fi nally start, and produce the fi rst microalgae within a few days. A biological link is created between the astronauts who produce CO2 and human waste, and these microorganisms that recycle the wastes to produce oxygen and energy. A symbiosis between the algaculture and the crew is perpetuated in this vegetal bio-complex. Beyond the astronauts’ experience of permanent life in “earth gravity”, SOLAR SPORE, thanks to a propulsion capable of changing its orbit and a directional laser, can provide energy everywhere on Earth with minimal ground equipment, thus saving the lives of up to 10,000 homes. 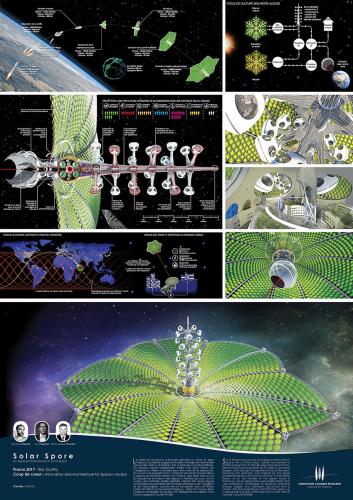 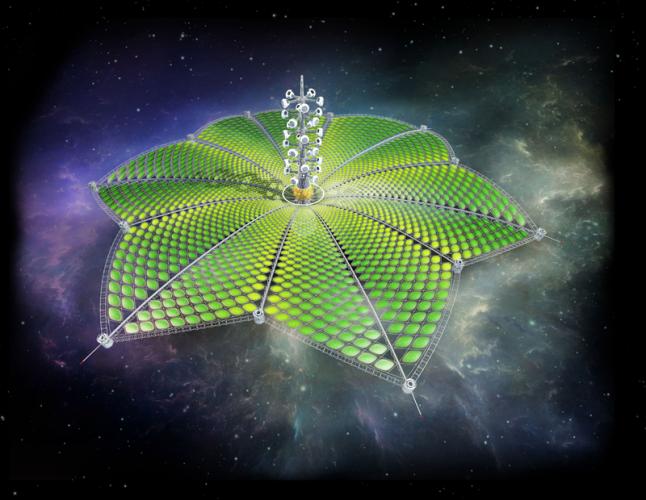 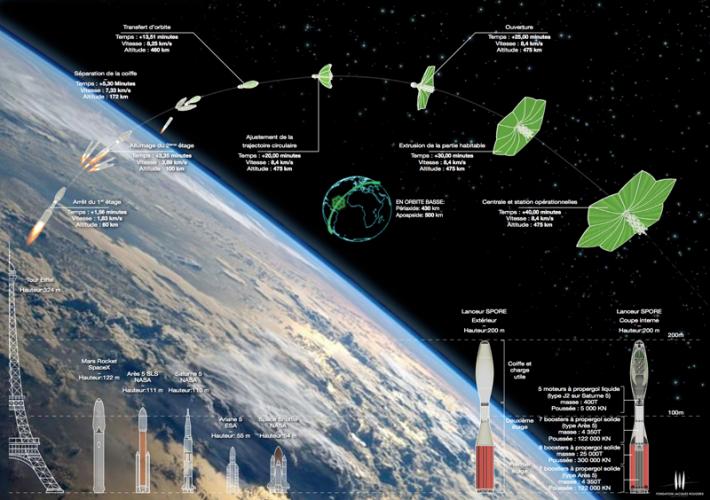 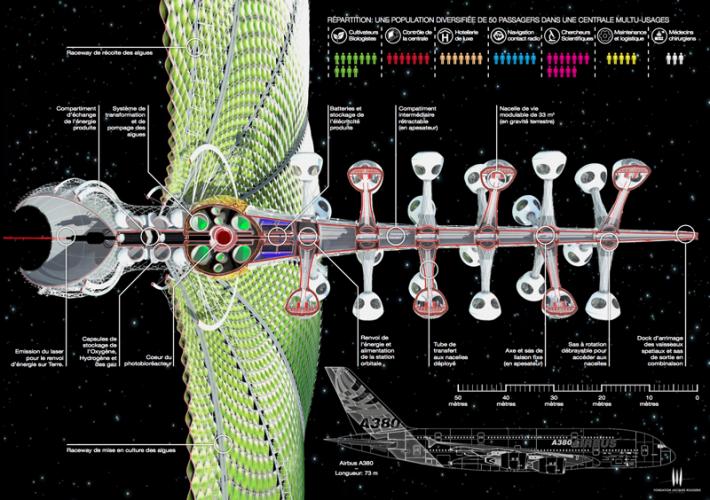