Born at the advent of the worlds first post-human industry of asteroid mining, sat proudly upon the surface of the Rosetta Asteroid located in the depths of a magnifi cent asteroid crater at the foot of the 1,700-meter high Putoran Mountains lies Platinum City! A pop up industrial city that embodies bio-mechanical characters within its urban fabric, Platinum City exists somewhere between a pristinely manicured garden and a well-oiled machine. Inspired by the narrative text of Jules Verne’s pop up ‘Columbiad cannon’ manufacturing city in his novel “From the Earth to the Moon” and the recent “Space Act of 2015” that enables the legal exploitation of space resources, the design thesis extrapolates near future technologies and urban ideas in the context of Peter Baufu’s ‘Eight Great Future [post-human] Transformations Of Architecture’ into programmatic, tectonic and environmental agendas for Platinum City; the worlds fi rst post-human city. Platinum city is an industrial platinum mining outpost in outer space on the surface of the Ore grade A Rosetta asteroid in high lunar orbit around our moon. The worlds fi rst self-suffi cient post-human space col ny is a city fathomed as an organic computer, with its grandiose, drone crafted asteroid regolith architectures engorged on wet technologies grown over time and anchored to the platinum rich Rosetta Asteroid by a vast network of biomechanical tendril like roots. The city’s hydrogen fuel cell infrastructure relies on a duel system of charging its city cells by both harnessing the power of the sun when graced by the touch of it’s rays and in it’s absence harvesting the magic of the electromagnetic fi eld contained within the genetically modifi ed electric eels that lurk in the murky depths of its swampy charged landscapes 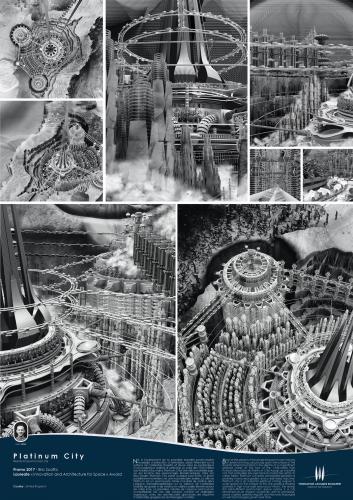 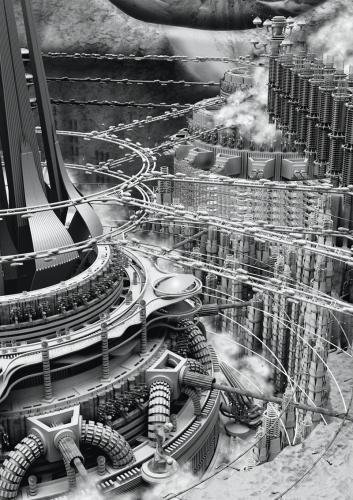 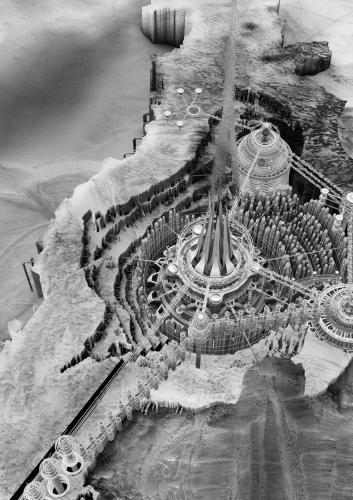 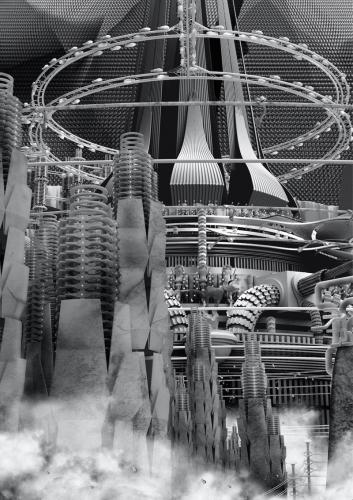 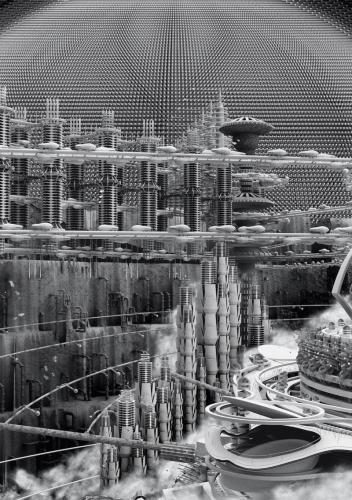 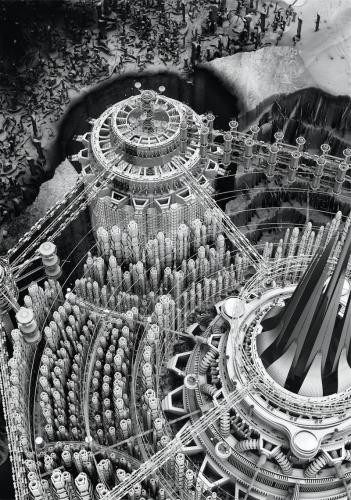 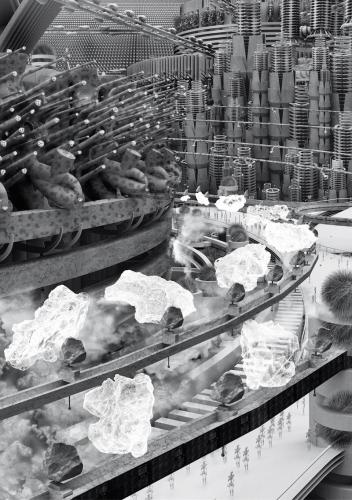