THE SHIP OF THESEUS

Establishing the Medium: The story of my thesis started as a personal dilemma. Walking through the Edge of Mumbai : The city of Extremes (by Rahul Mehrotra), my encounter with the so called "Labour communities" helped me to understand their notion of significance and identity. With this emotional value towards them, I had an aim to work for the betterment of these Labour communities. This proposal is a device, a thought experiment, enabling the potential of an edge to be explored beyond the limitations of Mumbai's industrial sprawl ambitions. For the project, Mumbai is revisited to capitalise from the economy of happiness, as an alternative industry using Ship of Theseus, as a metaphorical protagonist for identity. The Ship of Theseus is an Experimental Thought questioning the Transitory nature of ldentity. The aim of the thesis is to enable a sense of ldentity to these unheard, through their participation devising a model of engagement using an existing base of ship, which gives them an opportunity to Liberate through a Mela of a different kind. Liberation of: ldeas, Emotion and Expression. Can a Ship become a SOCIAL PLUG-IN? An attempt to make a new ship, as an interpretation to the theory which stands as a subjective notion today. We perceive it as rebuiIding the ship with current needs and parts of the old to serve the future as a catalyst. lnspite of being a small intervention, it has a potential to multiply and create a major difference. So a PROTOTYPE of the same is made showing an experiment understanding the local context of Mumbai. Architecture resolution is adaptable and scalable. Therefore, it can be used in multiple cities locally and globally. As their own belonging cames with a new identity, Does it still remain the same Ship ofTheseus ... ? Architecture as a Movement: The Ship of Theseus not only restricted itself just to architecture.

Descriptive of Author : As a social plug-in 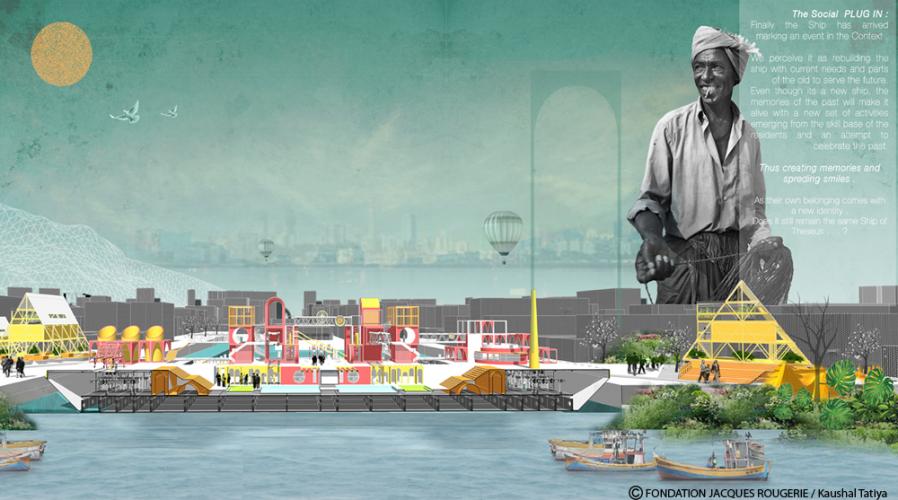 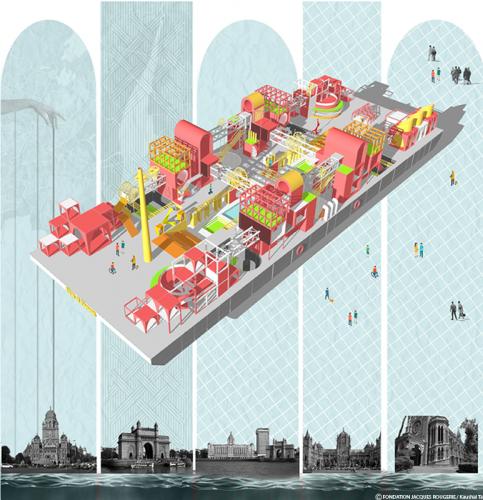